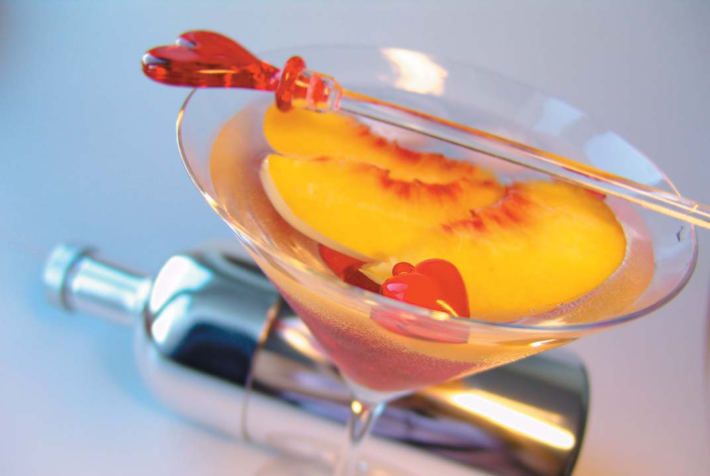 He ever-so-carefully swivels the martini glass in his hand, allowing its apple-berry goodness to dance dangerously close to the rim. The striking specimen of a man is careful not to spill even a single drop of his chic spirit. It had cost more than the cab ride over. (And that malodorous chauffeur had not come cheap either.)

His name is Cole, but those who know him well (the few and far between) call him empty.

At the bar, lipstick lesbians reminisce about last week’s killer Home Depot clearance over domestic beers. In the corner, rentable blonde bottom boys, who proudly list special skills like “non-existent gag-reflex” and “virgin bubble butt” on their acting (*wink*wink*wink*) resume, advertise their wares. With bulging biceps, botulism-filled foreheads, tange-tinted skin tones, and bleached-blonde highlights, the people, personalities and personality disorders of West Hollywood are, once again, out and proud in indistinguishable, cliquish droves.

With no one drop-dead gorgeous enough to kill the time on his impeccably manicured hands, the handsome hunk looks to his watch for an explanation. He finds edification by visual confirmation as the hour-hand just barely caresses the “9.” It is early. The pretty people are still primping, pumping and purging. Our hero catches himself in the conundrum: Then what are you doing here? He pauses for a moment to ponder the mental query; however, in doing so, the sexy stud catches a glimpse of his enigmatic reflection in an ornamental wall mirror. Distracted, his (somewhat) deep thought heads for more shallow water.

He orders another drink.

Apathetic to the pathetic populace that surrounds him, the brooding bachelor indulges himself in an allegorical, three-heeled click home, recollecting the Midwestern men of his youth. The most un-metrosexual of men this side of the Mississippi, they are a far cry from the boy-band rejects and cookie-cutter fairies that currently flit about the bar. They are real men. Manly men. Men with farmer tans, seven o’clock shadows, and t-shirts with actual sleeves. Men that eat (carbohydrates), drink (regular beer), and are merry.
(And not a limp-wristed *snap*snap*snap* Hey, Mary!). His pre-uncloseted, teenage stomping grounds, the streets of Chicago’s BoysTown, ran under the democratic rule of glorified imperfection, and everyone was accepted as a fabulously flawed head of state.

A corn-fed farmboy with imperfect skin and just-cute-enough-to-be-loveable lovehandles, Cole looked different then. Hair: a dusty brown, skin: a whitish white, wardrobe: a banality of bland, he operated under the daily affirmation; “maybe I’ll never see myself tattooed across every Abercrombie bag in every American shopping mall, but maybe (gosh-darn-it) that’s OK too!” And he truly believed it.

That was, until, he left the Windy City and found himself MIA in LA. The tyrannical tenet of the pretty people quickly schooled him in the multiple upon millions of ways to loath oneself. (And Cole was a quick study.)

The beautiful beau winces as he recalls his first interaction with one of WeHo’s Brahman, a perpetually shirtless demigod in Prada pants and Calvin Klein flip-flops. Nervous eye contact, followed by an elusive smile, followed by an arduously awkward trek to the box on which the supermodel danced, followed by an anxious introduction: Hi, I’m Cole. A pause so pregnant that it could have been having triplets. Then a judgmental once-over, followed by a sadistic smile, followed by an extra midsection inch pinch to our hero’s widespread waistline, followed by a painfully humiliating jiggle: “Cole’s got a little cushion for the pushin’, huh?”

Fattie must be new in town, for he is obviously oblivious to the rules. Eating solid food in a gay bar is likened to shopping the sale rack at the Beverly Center.

Reeking with the sullied stench of mortification, the Midwestern innocent felt as if he would dissolve into a deluge of distraught tears. But the water-works did not run. Instead, the embarrassing altercation conjured up inspiration to unleash the motivation that would turn his current flab-u-lous-ness into utter fab-u-lous-ness.

Cole’s maturation in the City of Superficial Angels played out like a masochistic MasterCard commercial. Searing his flesh in a fake-‘n-bake booth: $35. A trip to Pink Cheek’s for a hairy Italian’s worst nightmare: $84. Highlights and eyebrow tinting from Irman, stylist to the stars: $220. A personal trainer named Hans who, obviously, was not held enough as a child: $300. But developing a set of abs that the Amish would kill to launder on? Priceless. Yes, for some people, there was daily caloric sustenance; for Cole, there was a diet consisting exclusively of coffee, cigarettes, vodka shots and carb-free Jelly Bellies. But it worked; he had effectively morphed himself into the WeHomo ideal: a starving, sticky, soulless, sweaty (but strangely smooth) shadow of a psychopath with the 30-inch waist and the eight-pack stomach that most Ethiopians spend a lifetime trying to achieve.

“Sssssssssshit, ssssssssssisssssssssster!” Cole’s consciousness returns to the three-ring reality freak show that was his Friday night. A dejected, drunk drag queen with an axe to grind and a sibilant “S” to kill, stumbles by: “Ssssssssssit on it and ssssssssssspin, bitchesssssssss!” She yells this to everyone and no one in particular at the very same time.

Desperate for reprieve, Cole scans the packed bar yet again for fresh (hell, even marginally unspoiled) meat. No luck. Only fat chicks and flaming faggots for miles. His waning attention falls to a rotund man alone at a table for two. Like the unavoidable spectacle that is a deadly freeway pile up, Cole watches as the Fattie shovels chili cheese fries into his reddened, puffy face. The obese oddity solely devours the mammoth appetizer with a guilt-free gusto that would make Dr. Atkins turn in his grave like a rotisserie chicken on a spit. Ranch dressing cascades down his triple chin. Grease slathers his salivating tongue. Starch fills his protruding belly. Carbohydrates pulsate through his congested veins.

It is just one of those things that any good, self-respecting SoCal homosexual does not do. Under any circumstance.

Like a defenseless doe in the woods, the poorly-dressed pudge-ball senses Cole’s inauspicious eyes. Fattie looks up. The men make corneal contact. Our hero hesitates, for he realizes that he is standing on the metaphoric threshold of what his therapist so often refers to as a “growth experience.” He should return the chubby chap’s childlike smile (or, at the very least, blankly stare past him. )

In a better world, these strangers would become friends. Perhaps even monogamous lovers. But this isn’t a better world. This is West Hollywood, where only the pretty survive. Fattie needs to learn his place in the urban food chain.

Allowing the aquifer of self-hate which powers through his taut body to spring forth, Cole says it best by saying nothing at all. His enlightened eyes roll with a sarcasm that punctuates every syllable of his non-verbal return: Fat chance, Fat-Ass.

Wounded, the overweight untouchable returns to his fried fiesta. Unaffected, Cole orders another costly cocktail. The circle of superficial life is reaffirmed yet again.