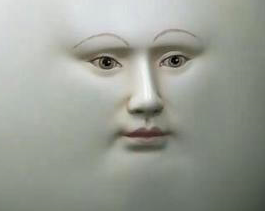 Marc Andreesen wrote a post in 2014. 4 years have slipped by, lets revisit it and annotate

“[A]dvocating for slowing technological change to preserve jobs equals advocating for the punishment of consumers, and stalling the march of quality of life improvements[.]” – Marc Andreessen
What defines technological change? Perhaps what labor wants is instead self-determination, not a slowing of technological change. Taxi drivers protesting Uber aren’t saying that they want apps out of their cabs. They want leverage to negotiate wages and working conditions. Their pushback is on exploitative business models, not technology.
“Let markets work…so that capital and labor can rapidly reallocate to create new fields and jobs.”
We are decades into a system of deregulation and financialization. The result? Global recession, lingering structural unemployment, and an accumulation of capital at the top of the economic pyramid. In this climate, capital has indeed “rapidly reallocated”  But it has been into hard-to-tax, hard-to-regulate asset classes like fine art. Small business loans are still crunched and austerity reigns while tens of billions in corporate profits sit in off-shore tax shelters.
The “severe macroeconomic down cycle, the credit crisis, deleveraging, and the liquidity trap” that  he mentions in passing? It’s been a failed experiment for everyone but the 1% (i conceded I have benfitted mightily)
Marc dismissing “the crisis of inequality” as just a “pessimistic economic theory” has not been, historically, a move that’s gone well for aristocracy.
The Means of Production
“[T]he current technology revolution has put the means of production within everyone’s grasp. It comes in the form of the smartphone (and tablet and PC) with a mobile broadband connection to the Internet.” Marc Andreessen
If we’re gonna throw around Marxist terminology, though, can we at least keep Karl’s ideas intact? Workers prosper when they own the means of production. The factory owner gets rich. The line worker, not so much.
Owning a smartphone is not the equivalent of owning a factory. I paid for my iPhone in full, but Apple owns the software that runs on it, the patents on the hardware inside it, and the exclusive right to the marketplace of applications for it. If I want to participate in their marketplace, Apple can arbitrarily reject my application, extract whatever cut of my sales they see fit, and change the terms whenever they like. Same story with their scant competitors.
Investors, shrinking in number but growing in wealth and political influence, own the means of digital production. Perhaps there is an impending and Awesome Robot Future and I have seen all type of big numbers and graphs, but all in of that complexity, nowhere is there an answer to the most essential question: who owns the robots?
Robots and Safety Nets
“Create and sustain a vigorous social safety net so that people are not stranded and unable to provide for their families.” “The loop closes as rapid technological productivity improvement and resulting economic growth make it easy to pay for the safety net.” – Marc Andreessen
Technology that enhances productivity can make products and services cheaper. Emerging technologies can also create demand for things that are inherently expensive, cutting-edge medical procedures and treatments, for example – driving up costs in entire economic sectors.
Unless we collectively choose to pay for a safety net, technology alone isn’t going to make it happen. Though technological progress has sped up over recent decades of capitalist expansion, most people on the planet are in need of a safety net today. The market hasn’t been there to catch them. Why is this different in Awesome Robot Future? Did I miss one of Asimov’s Laws that says androids are always programmed to be more socially-minded than neoliberals?
Marc borrows terminology from finance, mansplaining that he is “way long human creativity”
If our industry stops painting anyone who questions our business models as Luddites and finds creative ways to build products and services that sustainably address real needs, maybe we can hold on to the receding myth of triumphal disruption. Hopefully we can agree that there are many more meaningful quality of life improvements technology has yet to deliver on before we can start brainstorming the “luxury goods markets” of the future.