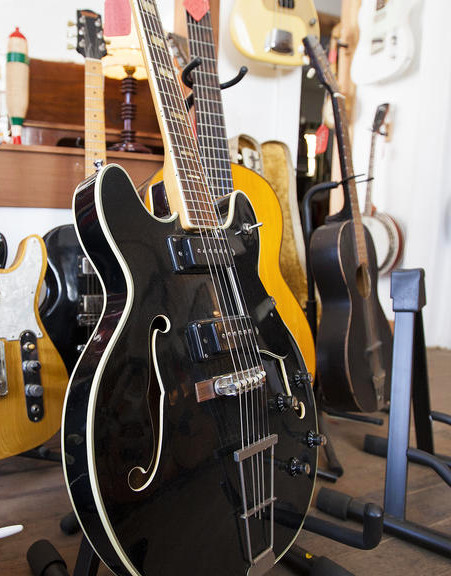 Alice Gu says her next documentary is about rubber-bridge guitars. It will cover the luthier who makes some of rock’s most sought-after guitars. This new documentary should be fascinating.

The history of how the rubber-bridge and rubber-bridge guitar came about is fascinating. Being a luthier, guitar maker is a skill not many people have.

Luthiers Through the Ages

Someone who builds and repairs string instruments with a neck and a sound box is called a luthier. The French word comes from the French for lute. Originally luthiers only made lutes.

As instruments evolved, the word luthier was applied to anyone who made bowed and plucked string instruments. This grew to include the violin family and guitars but not harps or pianos. Harps and pianos require different skills.

A famous Italian luthier was Antonio Stradivari (1644 – 1737). He was a noted craftsman of string instruments such as: violins, cellos, guitars, violas, and harps. The Latinized form of his name, Stradivarius, is often used to refer to his instruments. It is believed he made over one thousand instruments, of which 960 were violins.

Being a luthier is a talent worth having. There are several ways to learn to become a guitar luthier. Many luthiers start by teaching themselves. They may utilize resources on the internet to help them learn and gain the skills they need. Another option is becoming an apprentice.

The final step would be gaining a formal education. There are many luthier schools throughout the United States. Musicians Institute of Hollywood, CA, has guitar luthier classes. They recommend having a high school education as an essential foundation before taking luthier classes.

Alice Gu takes on luthier Reuben Cox in a short documentary. The documentary covers the history of Reuben Cox and his Old Style Guitar Shop in Silver Lake. Reuben makes custom rubber-bridge guitars that are sought after by some incredible musicians.

A Kickstarter fund was set up to help pay for the project.

Listeners the world over have enjoyed the muted tones of rubber- bridge guitars. They will be delighted to learn how the rubber bridge came about and how it became a legend in the music industry. Leave it to Alice Gu to take on such a wonderfully exciting and time honored project.