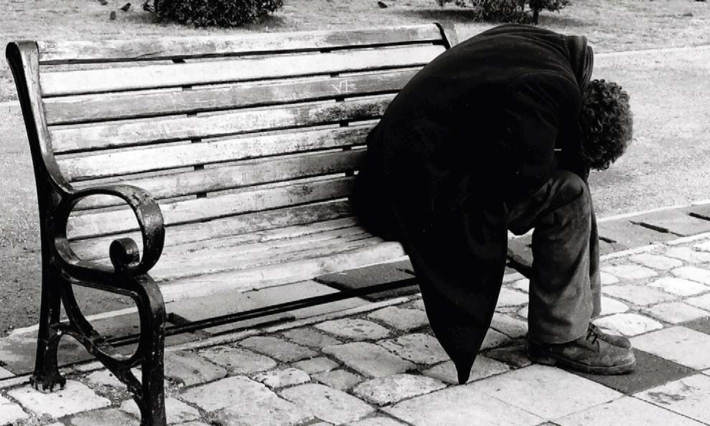 Downtown Los Angeles is drastically transforming from the city’s epicenter of business and commerce to one of culture and residence. Old banks and office buildings are being gutted and turned into luxury condominiums. State of the art concert halls, fancy restaurants and plush lounges, will replace the old theaters and clubs. Downtown urban renewal hopes to create a safe, beautiful place for families to live and play.

But one thing standing in the way of this dream is  Skid Row. Thousands of homeless men, women children inhabit the downtown area known as Skid Row, and plans to revitalize the area do no include them.instead, the city is looking for ways to make them disappear.

Central Area Commander Andrew Smith is making Skid Row a priority by cracking down on drug trafficking, exposing practices like dumping and training rookie police officer on the downtown streets.

But city officials are looking at things a different way. Rather than addressing the needs for low-income and affordable housing, the policies target the people on the streets. Currently, the debate over Skid Row has brought forth two new contrasting ideas. One proposal calls for a strict enforcement of petty crimes and civil violations as a way of taking people out of downtown and into prison before crime gets out of hand.

The second proposal seeks to rid the area of “box cities” and tents that make up the walls and roofs of many people’s everyday shelters.

Los Angeles Police Department Chief William J. Bratton is considering both plans, and both are under much scrutiny by community leaders and homeless advocates.

The first plan, targeting crime, is an attempt to weed out the criminals from those who need help. Managing drugs, prostitution and other illegal activities plaguing the area will help the police department begin to get things under control. Figuring out who needs what services is half the battle.

The second proposal would attempt to go through and sweep the streets, take down the cardboard boxes and tents in order to clean up the streets. The problem with this plan is that it does not have any goals for putting people in homes. It would solve the aesthetic of Skid Row, but it would in no way solve any of the roots of homelessness.

A few years ago, Bratton attempted to rid the streets of makeshift shelters, but the American Civil liberties union sued the department for violating the the civil rights of the homeless people living there.

For fear of similar legal repercussions Bratton is taking his time choosing between the two proposals. The fate of L.A.’s 90,000 disenfranchised citizens lies in his hands and critics do not think either program will solve the city’s homeless problem even if implemented correctly.

The homeless population in Los Angeles County is greater than both New York and Chicago’s combined. Skid Row is merely an icon for homeless, for it really only accounts for about 10 percent of the entire county’s homeless men and women. But it symbolizes a lot more, especially downtown,where things are changing in a way that will make the area more beautiful and attractive for middle-class and upper-middle-class individuals and families. The new L.A. plan does not account for Skid Row,where thousand of families are struggling to survive amidst the horrors of violence, drugs and prostitution.

Beneath the grime there are real lives at stake and none of the city’s proposals consider acquiring housing for those who need it most. The housing being created downtown is not to house the homeless, but rather to inject a sense of glamour to the city’s business district.

But the glamour will never be achieved while Skid Row is still there. And even if it is disperse will the people go? They won’t just disappear until a real plan will give then the one thing they don’t have: a home.