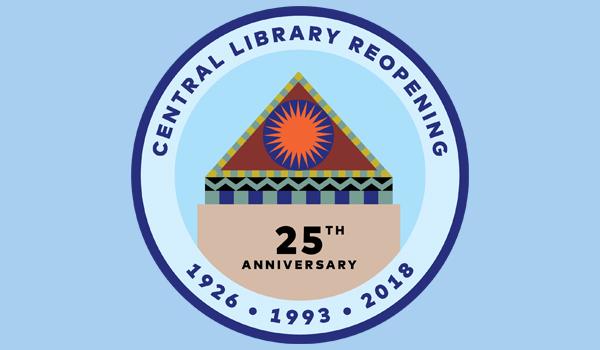 Join us in celebrating the 25th anniversary of the re-opening of the renovated and expanded Los Angels Central Library.

On April 29, 1986, an arson fire devastated Central Library, damaging the building and destroying parts of its vast collection. Months later, a second fire did even more damage. While renovation and expansion plans were already in the works, the tragic events galvanized the public and cemented the devotion of an already dedicated staff.