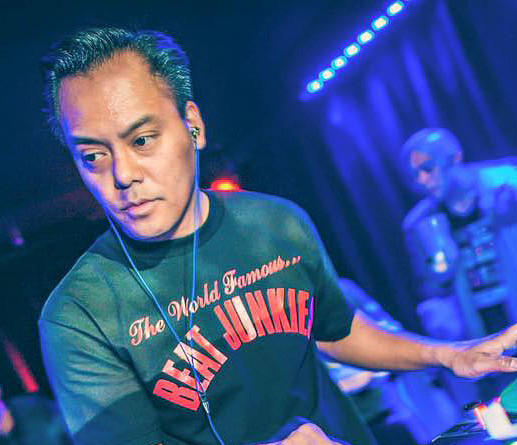 Manipulating music became a passion for him in Jr. High

For Isaiah Dacio, growing up in Carson, California, was an adventure. He was surrounded by fellow Filipinos and, at the same time living in a cultural mix of several races. Icy Ice enjoyed the variety of lifestyles that surrounded him as he grew up.

As a student in Jr High and High School, he enjoyed the experience of the Hip Hop movement. Dacio was surrounded by the early days of breakdancing, graffiti, and rapping. Kids would be breakdancing in the street as Isaiah made his way to school. There were rapping contests or freestyling between kids. It was a very exciting time, a time that influenced his musical talent.

He was mesmerized by the first DJ he ever saw at a Jr High dance. That started him wanting to become a DJ. That is where manipulating music became a passion for him.

During high school, he would DJ lunch dances. The kids would dance during lunch hour before going back to class. The school supported his efforts to DJ at the school games.

Dacio got his work ethic from his parents. They worked hard. Dad worked days, mom nights. So they always had someone home to raise them. Isaiah’s parents came to American to find a better life. His dad said it was like a haven, and he wanted to raise his children here.

Dacio started playing Violin in kindergarten. He played the Saxophone during High School and was in a band. Music has always been a part of his life. Music helped him grow, allowed him to express himself, and overcome his shyness.

DJ Icy Ice on “Making it in America”

DJ Icy Ice tells his story on “Making it in America” in an episode about him and his life. Dacio outlines his start as a DJ. The video includes details of the life of a DJ, along with the hard work involved.

Dacio was an original member of the Beat Junkies. The Beat Junkies were a group of friends who liked DJ-ing. They hung out together and DJed together to enhance their craft. They were ‘Homies’ from the same neighborhood in Jr High. The Beat Junkies became a legendary DJ crew, even world-famous.

The money earned for their performances, Icy Ice reinvested into records or equipment.

His parents helped him get his first turntable by having him work for them. In this way, he earned money to buy it while he was in Jr High. Two of his friends worked hard, one got a second turntable, and one got a mixer. So the three, by working together, had a complete system.

Isaiah got his first big break at KKBT 92.3 The Beat, radio station. He started mixing for all the morning shows and some weekend shows.

DJ Icy Ice explains that he worked hard to develop skills in his craft. “Work will beat lazy any time of the week,” he explains.

A disc jockey, DJ, is a person who plays music for an audience. Types of DJs include radio DJs, club DJs, mobile DJs, and turntablists. Turntablists, like DJ Icy Ice, mix the music live to an audience. This takes a great deal of knowledge, talent, and timing.

Disc jockeys were around in the seventies and eighties. It wasn’t until the nineties that the idea of mixing the music became popular. Mixing music is one thing. Mixing it live to an audience requires much more skill.

He also helped to create ExclusiveGrooves.com. An online MP3 Record Pool was designed for “Digital DJs” and entertainment professionals.

DJ Icy Ice continues to hone his skills in manipulating music. He is a renowned turntablist and elite party rocker. Dacio also has many business interests. Icy Ice is a family man with a wife, Heidi, and four boys.