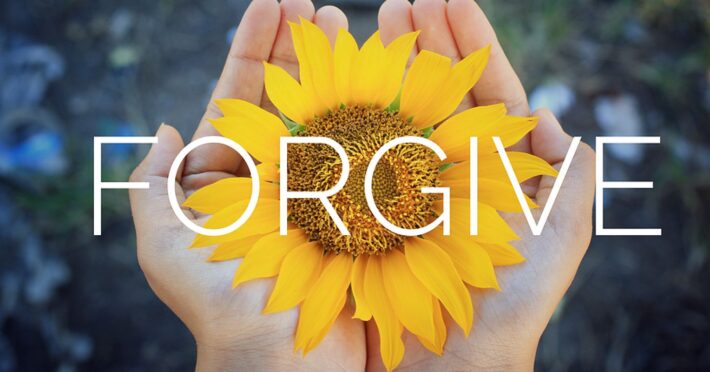 ‘Forgiveness’ says you are given a chance to make a new beginning. There is no love without forgiveness and there is no forgiveness without love. Just like I am sure you have heard that there is no love without hate and no hate without love. Who wants to go their whole lives hurting, harboring hate or refusing accountability? Who doesn’t want peace, kindness, understanding and amends right away? It takes someone bitter and stubborn, and more afraid of their ego being set out of place to refuse to be accountable for their actions. Who wants to live a life that way?

People make mistakes. People hurt people–sometimes by accident and sometimes on purpose. What matters in the end is caring enough to make things right.

Life is a series of actions and reactions

If you look at even Bill Clinton, he would have had more respect if he owned up to the mistake of cheating on his wife. But instead, he blatantly lied to America, was found out and still avoided the truth of it. He was too humiliated, and thought lying could save his ego. So, he blew the ordeal even huger than it ever would have been, and was still found out in the end, just with way less integrity than if he had gone about it otherwise. I doubt she would have gone to the extent of using a cum stain on her dress as evidence if he had just had remorse and been honest.

They say forgiveness is the fragrance that the violet sheds on the heel that has crushed it. To forgive or to ask for forgiveness, both take bravery and empathy. What makes it true is a heart that truly puts itself in the one that was hurt’s place. Immature people say that reactions aren’t their fault, or “to each their own” or “I’ve never done ANYTHING wrong.” If you have hurt someone and they tell you this, if you cant empathize and truly be sorry, that says something about you as a person.

Because who doesn’t love a good analogy?

Example: Someone shouts loudly at another “You might fall!” and it startles them so much, they actually fall, and get hurt. The hurt person expresses how it made them fall and how hurt they are. The person who yelled should not respond by saying “well I didn’t push you. And I’m not sorry for anything.” I was raised to have respect, empathy, sympathy, accountability and integrity. I was raised that hurting anyone is wrong, whether you meant to or even understand why.

Don’t be a runaway or a blamer

Some people run away from messes. They could love this person, and their ego and fear or stubbornness could keep them from being accountable and resolving issues and becoming stronger from it. Life isn’t about endless smooth sailing or perfection. Passion and love and life? Hey, it gets messy. Sometimes things get ugly. An apology and remorse is often met with the same. Unfortunately, some people refuse the risk and would rather throw away so much beauty and hope just to avoid an apology or sacrifice. You can count wrongs or you can count rights. You can listen to someone who says run or stand your ground. You can be sorry when you hurt someone or you can blame them for being hurt. It really comes down to what kind of person you want to be in life.

Sometimes you have to forgive people even though they will never say they are sorry. It makes trusting them again impossible, but the bible says to not hold on with grudges to resentments and to forgive and pray for softening of the heart and change in their life. The bible says “And when you stand praying, if you hold anything against anyone, forgive them, so that your father in heaven may forgive your sins.” We all have fallen short, had too short of a fuse, said and did things we regret and didn’t mean, made mistakes, harbored resentments or did their share in contributing to a cycle of hurt. It is never too late to dig deep, say you’re sorry and prove you love someone enough to make it up to them. To rebuild that trust, to revive that hope and to see the bigger picture.

Life is too short to end up a troll under a bridge saying “woe is me” and clinging to some enabler and running from mess to mess. Its only you who has to lie down at night with the memories of the good, love, hope, passion and realize that you didn’t fight for it. You didn’t value it or believe in it enough to show up, arms wide open, tears in eyes and make things right. They say you don’t regret things you did when you die, it is the things you didn’t do. The one that got away, the constant wondering of what if. Love isn’t someone or a checklist, life isn’t a perfect fairy tale. But here is to the humble hearts, who are sorry if they hurt people, defend the weak, help mend the broken, stand up for the fallen, heal the wounded, speak for the silent and keep faith like of a child.

These days on earth are not promised. some handsome or beautiful face fades. You cannot take riches with you to heaven. On your deathbed no one will care about your face book posts. Life isn’t about gifts or vacations. The purpose of life truly is for love. For a family that lasts and a love that sees you through. The kind of caring that is there when you are sick, old, sad, mad, happy, no matter what. The love that is brave enough to ask for forgiveness and the love that has hope enough to take you in their arms and never let you go no matter what. You decide what kind of person you are, and if the people around you don’t reflect that why are you allowing it to influence your integrity? It’s never too late until the fat lady sings or you take your last breath. show your children unity, morality, and most importantly how to own up to things, protect who you love and make things right.