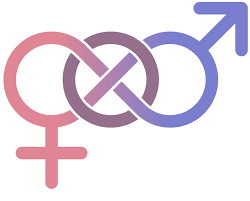 Whatever a progressive ‘is’, its adherents have been protesting loudly, and Facebook  ‘liking’ eagerly, on the need for gender-neutral pronouns to accommodate transgender and gender-fluid preferences. For them, gender must be re-architected as something socially-constructed, amenable to de-construction,  the language must be made to fit the needs of the individual, with new pronouns like ‘ze’.
This is not to say they are wrong. Nor are the opposing arguments and its enthusiasts. Both sides have found clever ways to use politics as a lever and politics has gladly obliged.
George Orwell discussed the politically motivated manipulation of language in Nineteen Eighty-Four. To Orwell, poor language has a warping effect, not necessarily on reality itself but on our relationship to it.

For and against changes in science and the ways we express it thru language have philosophical authority,  but all that is squandered. Without real science, meaningful language, literature and the arts, all that either side can muster to convene their charging infantry is Bill Nye (the dubious ‘science guy’) and volleys of bumper-stickers.
In classical Greece, there was a school of thought which promoted the idea that the meanings of words are conventional and customary, and that because customs and conventions are ‘social constructs’ that can change, we can also change the meanings of words at will to suit our preferences.
The opposing argument that I hold onto more dearly is that a word either has a fixed, divine meaning nailed to an actual object, phenomenon or concept in the real world, or else it is meaningless gibberish.

This is the danger, many for or against are arguing incoherently, they are in temporal isolation, lost without philosophical or literary guidance, instead they have 500 channels of TV.
The danger of the mob is reducing works of language and culture to ‘social constructs’, and also in taking them as positive ‘givens’.