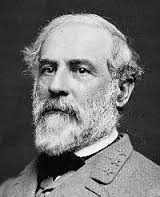 “The consolidation of the states into one vast empire, sure to be aggressive abroad and despotic at home, will be the certain precursor of ruin which has overwhelmed all that preceded it.” Robert E. Lee
The man was perceptive. Amalgamation of the states under a central government has led to exactly the effects foreseen by General Lee.
In, say, 1950, to an appreciable though imperfect extent America resembled a confederacy. Different regions of the America had little contact with each other, and almost no influence over one another. The federal government was small and remote. Interstates did not exist, nor of course the internet, nor even direct long-distance telephone dialing. West Virginia, Alabama, Massachusetts, New York City, Texas, and California had little in common, but little conflict arose since for practical purposes they were almost different countries. They chiefly governed themselves. The  proportion of federal to state law was small.
It is important to note that regional differences were great. In 1964 in rural Virginia, the boys brought shotguns to school during deer season. Nobody shot anybody because it wasn’t in the culture. The culture was uniform, so no one was upset. It is when cultures are mixed, or one rules another, that antagonism comes.  Such shotgun freedom would not have worked in New York City with its variegated and often mutually hostile ethnicities.
Regions differed importantly in degree of freedom, not just in the freedom of local populations to govern themselves but also in individual freedom. It made a large difference in the tenor of life. If in Texas, rural Virginia, or West Virginia you wanted to build an addition to your house, you did. You didn’t need licenses, permits, inspections, union-certified electricians. Speed limits? Largely ignored. Federal requirements for Coast Guard approved flotation devices on your canoe? What the hell kind of crazy idea was that?
Democracy works better the smaller the group practicing it. In a town, people can actually understand the questions of the day. They know what matters to them. Do we build a new school, or expand the existing one? Do we want our children to recite the pledge of allegiance, or don’t we? Reenact the Battle of Antietam? Sing Christmas carols in the town square? We can decide these things. Leave us alone.
States similarly knew what their people wanted and, within the limits of human frailty, governed accordingly.
Then came the vast empire, the phenomenal increase in the power and reach of the federal government, which really means the Northeast Corridor. The Supreme Court expanded and expanded and expanded the authority of Washington, New York’s store-front operation. The federals now decided what could be taught in the schools, what religious practices could be permitted, what standards employers could use in hiring, who they had to hire. The media coalesced into a small number of corporations, controlled from New Yorkbut with national reach. More recently we have added surveillance of everything by Washington’s intelligence agencies.
Tyranny at home, said said General Lee . Just so. This could  happen only with the consolidation of the states into one vast empire.
Tyranny comes easily when those seeking it need only corrupt a single Congress, appoint a single Supreme Court, or control the departments of one executive branch. In a confederation of largely self-governing states, those hungry to domineer would have to suborn fifty congresses. It could not be done. State governments are accessible to the governed. They can be ejected. They are much more likely to be sympathetic to the desires of their constituents since they are of the same culture.
Aggressive abroad, said General Lee. Is this not exactly what we see? At this moment Washington has the better part of a thousand military bases around the world, unnecessary except for the maintenance of empire. America exists in a state of constant war, bombing Afghanistan, Pakistan, Syria, Somalia, recently having destroyed Iraq and Libya. Washington threatens Iran, North Korea, Russia, and China. Its military moves deeper into Africa. Washington sanctions Cuba, Russia, North Korea, and Iran, to no effect. It constantly tries to dominate other nations, for example adding to NATO.
None of these wars and little if any of the imperial aggression interests more than a tiny fraction of the country’s people. To whom can the war against Afghanistan matter? Libya? Few people have heard of Montenegro. Does its membership in NATO or lack of it affect Idaho?
In a confederacy, states would have to approve a war. Few would unless the United States itself were threatened. They might well refuse to pay for wars not in their benefit, or to allow their sons, daughters, and transgenders to be conscripted.
But with a central government, those benefiting from war can concentrate money and influence only on that government. For example, military industry, Israel, big oil, Wall Street. Wars might carry the votes of states with arms factories. Other states would decline.
In principle, the Constitution should have prevented the hijacking of the military that we now suffer. As we all should know, and some do, America cannot under the Constitution go to war without a declaration by Congress, the last one of which occurred in 1941. But a single central government can be corrupted more easily than fifty state governments. A few billionaires, well-funded lobbies, and the remoteness of Washington from the common consciousness make controlling the legislature as easy as buying a pair of shoes.
And thus, just as Marse Bob expected, the federals are out of control and make war without the least reference to the nation. If America attacks North Korea, or Russia, or China, we will read of it the day after. The central government, and only the central government, decides. A few days ago I read that the Pentagon contemplates sending thousands of additional troops  to Afghanistan. This combines tyranny at home and aggression abroad. Who wants to  send them? A few neocons in New York, the  arms industry, a few generals, and several senators. It could not happen in a confederacy.