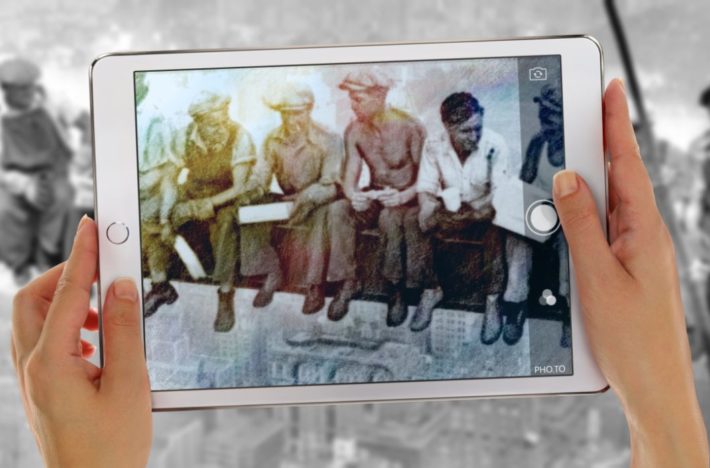 I have written extensively on my thesis of the Gig Economy. It is broad so I have divided it into its components, some precise, some directional.
The infrastructure and manufacturing rebuild will be different from previous Keynesian generations, instead relying on local gig laborers and quick cycles of hiring and firing.
Every few decades a new emphatic and convincing argument is made for an enormous deployment of capital to repair the arguably corroding infrastructure. Money is allocated, money is spent. Little was really broken so little gets really fixed. People forget, their children come of age to vote and the scheme begins anew.
This time will be different, it will happen. It will also be different because the projects will rely on a labor force that was not previously available.
118,000 bridges have been recorded as hazardous. This is about 30% of the American bridges yet account for only 6% of the United States population: Oklahoma, Missouri, Kansas, Nebraska and South Dakota. Iowa alone has 25,000 bridges and only 3 million citizens. These bridges do not have an industrial use. Of our 600,000 bridges most are trafficked only by livestock and people on a scenic walk. They have nothing to do with interstate commerce, GDP growth or national public infrastructure. There are also 19,000 structurally deficient bridges in another 35 states, these states have a combined population of 175 million and more than 600 citizens per bridge.
80% of bridges in need of serious repair are in California. They have improperly used earmarked monies for general fund expenditures. Money was allocated, it was spent elsewhere by the state (wink and nudge to the State public employee pension system)
There has to be regulatory relief, I think this form is ideal: Amendment 4065 Senator Dan Sullivan submitted an amendment ….to the bill H.R. 2577… as follows:
Any bridge eligible for assistance under title 23, United States Code, that is structurally deficient and requires construction, reconstruction, or maintenance
(1) may be reconstructed in the same location with the same capacity and dimensions as in existence on the date of enactment of this Act; and
(2) if the environmental impacts of the construction, reconstruction, or maintenance are not substantially greater than the environmental impacts of the original structure, as determined by the applicable State environmental authority, shall be considered to be compliant with the environmental reviews, approvals, licensing, and permit requirements under–
(A) the National Environmental Policy Act of 1969 (42 U.S.C. 4321 et seq.);
(B) sections 402 and 404 of the Federal Water Pollution Control Act (33 U.S.C. 1342, 1344);
(C) division A of subtitle III of title 54, United States Code;
(D) the Migratory Bird Treaty Act (16 U.S.C. 703 et seq.);
(E) the Wild and Scenic Rivers Act (16 U.S.C. 1271 et seq.);
(F) the Fish and Wildlife Coordination Act (16 U.S.C. 661 et seq.);
(G) the Endangered Species Act of 1973 (16 U.S.C. 1531 et seq.), except when the reconstruction occurs in designated critical habitat for threatened and endangered species;
(H) Executive Order 11990 (42 U.S.C. 4321 note; relating to the protection of wetland); and
(I) any Federal law (including regulations) requiring no net loss of wetland.
Pushing aside the rhetoric of rebuilding the Interstate highways that actually only need resurfacing, large projects will be water and sewer systems, electrical grids, railways, airports, fiber optic installation, the interstate highway system, ultra massive housing developments, and city sized warehousing.
Employment numbers, BLS, ‘adjusted’ payroll reports and household surveys are a clever concoction of statistics and lies.
To believe in full employment and a closed (or nearly closed) output gap is to believe that the shadow proportion of the participation problem is actually permanently withdrawn from the labor force – Baby Boomers actually retired in huge numbers and all at once in late 2008, 2009, and half of 2010, American students remain in college with no intent to ever leave it, and those actually addicted to opiates are so addicted so as to be forever unfit.
The wage data, by continuing to be depressed despite the unemployment rate, suggests that what may appear to be uninterested potential labor actually remains very much interested despite various official classifications otherwise (out of the labor force).
Gig economy as a solution
The GAO in its last analysis in 2005 (yup!) found that 30.6 percent of laborers were contingent in 2005, up slightly from 1999. Examining more recent General Social Survey data, the GAO determined that this share grew to 40.4 percent as of 2010.  The numbers will go up.
The laborers that will complete the massive endeavors must be local to one element of the project, terminated on completion, then hired anew by the next local installment of a related task. Each district starting and completing its projects in multi-year phases, snaking throughout the country
This will also have peripheral impact on the servicing demand. This cannot happen with a strictly w2 workforce, employers would assume too much exposure to discriminatory liability, regulatory and compliance, ERISA, FLSA, OSHA and all the bad headlines when things go wrong, particularly likely with quick cycles of hiring and firing. Labor supply, utilization and cost will be in an atomized form as hours, gigs, and temp agency contractual bits
And that… is an upturn in labor utilization which is, by basic definition, the economy.
The End?