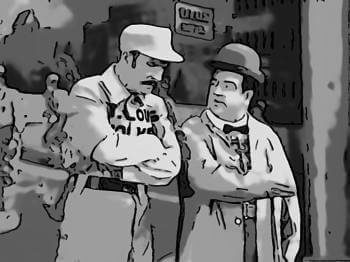 On February 1, 2018 Alibaba announced that the Alibaba Group Agrees to 33% Equity Stake in Ant Financial
Key statements in the press release:
The parties have agreed to certain amendments to their 2014 transaction agreements to facilitate the transaction.
There will be no cash impact to Alibaba following completion of the transaction.
Alibaba will acquire newly-issued equity from Ant Financial in exchange for certain intellectual property rights owned by Alibaba exclusively related to Ant Financial.
The companies will terminate the current profit-sharing arrangement under which Ant Financial pays royalty and technology service fees in an amount equal to 37.5% of its pre-tax profits to Alibaba.
Let’s begin the forensics

Based on the above we see that back in 2014, after roughly fifteen years in existence, after all of that effort, Alibaba has accumulated only US$18 Billion in Book Value, had virtually no retained earnings to speak of ($190 Million) and, by all accounts, had maxed out their lines of credit
Simultaneously, by some fortuitous, amazing, happenstance, Alibaba Management aligned itself with US & Swiss Investment Bankers and in less than four years, based on the above projections of the presumed re-valuation of Ant Financial, Alibaba will have created more than US$142 Billion in Book Value
(Note that I know nothing about Chinese Tax Law, the $5 Billion Deferred Tax impact is purely a guess)
As we can see, most of the book value is housed in opaque, overvalued “Questionable Assets” (Investments & Securities relating to “Investees”. Intangibles, Goodwill & Land Use Rights), which, if Alibaba Management at does succeed at Ant Financial valuation,at $100 Billion, would bring “Questionable Assets” up to US$89 Billion (63% of the balance sheet)
Also the “Newly Formed Entity” will be written up as well based on the increase in the Ant Valuation.
So, if they can actually pull this off, $66 Billion in additional Book Value (i.e. collateral) and $56 Billion of Additional “Equity” would be created as well. Also remember, when we write something up we can always book valuation gains that hit the Income Statement.
So income of $56 Billion has been created, out of thin air.The end?