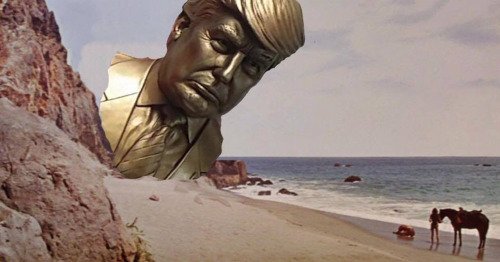 This is my favorite action suspense movie yet to be made
The film tells the story of an astronaut crew who crash-land on a strange planet in the distant future. Although the planet appears desolate at first, the surviving crew members stumble upon a society in which kittens have evolved into creatures with human-like intelligence and speech. The kittens have assumed the role of the dominant species and humans are mute creatures wearing Donald Trump masks.