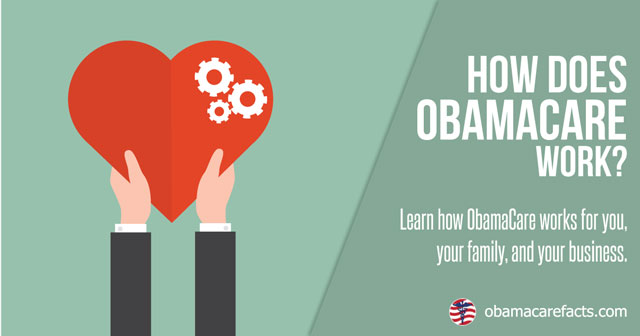 The only significant legislative action that needs congress to reverse it is ObamaCare.
The last federal budget was signed into law in September of 2007 by President George W Bush for fiscal year 2008. Since then the entire mechanism of the federal government has been carried out by continuing resolutions, raises in the debt ceiling, and unfettered spending.
Absent of an actual federal budget, all spending falls under a process called base-line budgeting to determine allocation. Federal distribution of the money within the continuing resolution, is essentially a year-over-year expenditure with a statutory increase based on inflation. Essentially, whatever was spent in 2009 was respent in 2010 along with a little bit more. What was spent in 2011 was a little more than ’10, and so forth.
In February 2009 congress passed the American Recovery and Reinvestment Act, or ARRA, commonly referred to as Obama’s stimulus plan. The stimulus was just shy of one trillion ($986 billion +/-).
At the time of passage this single stimulus expenditure reflected a growth of approximately 20% in total federal spending. The spending went directly into the deficit.
Approximately 30% of that “one time” trillion dollar stimulus was spent in 2009, the remaining 70% was spent in 2010. (*note fiscal years run from October 1st to September 3oth annually).
However, absent a federal budget -and because of baseline budgeting- it became a repeated expenditure in each of the following fiscal years.
The $1 Trillion Stimulus was spent eight more times.
The shovel ready jobs program was a ruse, as Obama later admitted there were no “shovel ready” jobs created. Instead the reality was the $1 trillion entered the various cabinet offices at the discretion of the President.
Initially Obama gave a big chuck to the Dept of Education to use as a subsidy for economic drops in state education funds. In essence Obama subsidized the teachers payrolls, and kept the teachers union happy.
Other notable large expenditures went into crony capitalistic endeavors with the Dept of Energy and EPA (Solyndra etc.), along with the State Dept.
The key point is the $1 trillion 2009 “stimulus” funds, became a tool for President Obama to use in whatever cabinet office need he saw.
So long as congress never passed an actual budget (and the traditional budget appropriations process kicked in), he would always have this massive amount of extra money to play with. Obama, Pelosi and Reid ensured there was never going to be a budget.
As the economy somewhat gained footing (2012), for the last several years a lot of the money appears to have been spent on propping up ObamaCare and hiding the structural financial collapse.
If Obama didn’t have this extra $1 trillion at his disposal, ObamaCare would have already collapsed. If you were wondering why ObamaCare didn’t collapse, well, there’s your answer.
This scheme worked brilliantly so long as Team Obama could kick-the-budget-can into successive years. They did.
The various John Boehner continuing resolutions culminated in Paul Ryan’s December 2015 Omnibus bill, which again gave Obama his $1 trillion (stimulus) slush funds.
You might remember they actually removed the debt ceiling on that final expenditure so they’d never have to go back to congress for approval or spending authority.
That 2015 Paul Ryan Omnibus spending bill extends until April 1st 2017, the date when the incoming President’s budget proposal (Fiscal Year 2018) is due by congressional statute.
When President Trump takes office on January 20th, 2017, he will have to present a budget proposal to congress by March 31st. However, assuming congress goes through the budgetary process, that Trump budget proposal doesn’t kick into action until October 1st of 2017, the first day of 2018 fiscal year.
So congress is going to have to do something to fund government between April 1st and September 3oth, 2017 because the Ryan Omnibus ends and there’s no budget yet.
Here’s where it gets interesting. Remember:
Obama’s trillion stimulus was a +20% jump in federal spending which has continued year-over-year since 2009, #2) most of that money is now spent on propping up Obamacare via the insurance corridor reimbursement program.
That $1 trillion in annual expenditure is what initially kept government at full size when originally passed in ’09. It then transmogrified into a slush fund two fiscal years later, and ever since about 2012 it’s been a way for Obama to fund his priority list – and the UniParty congress has done nothing about it; because, well, essentially, congress agrees with what it’s being spent on.
It’s a staggering amount of money, $986 billion. If Trump/Ryan eliminate the worst aspects of ObamaCare they can save a massive amount of that expenditure. However, beyond that – it shows you just how much money can –and hopefully will– be cut out of government by that elimination alone.
The media narrative will be spun when President Donald Trump presents an executive budget calling for elimination of 20% of federal spending on year ONE. However, all he really would be doing is NOT SPENDING Obama’s 2009 stimulus again.
But don’t expect Donald Trump to stop there. It should be widely anticipated that Donald Trump will present a budget that will drop the jaws of the media beyond the elimination of a $986 billion slush fund.
The End?
(hat tip to Sundance and The Conservative Treehouse for brilliant analysis)