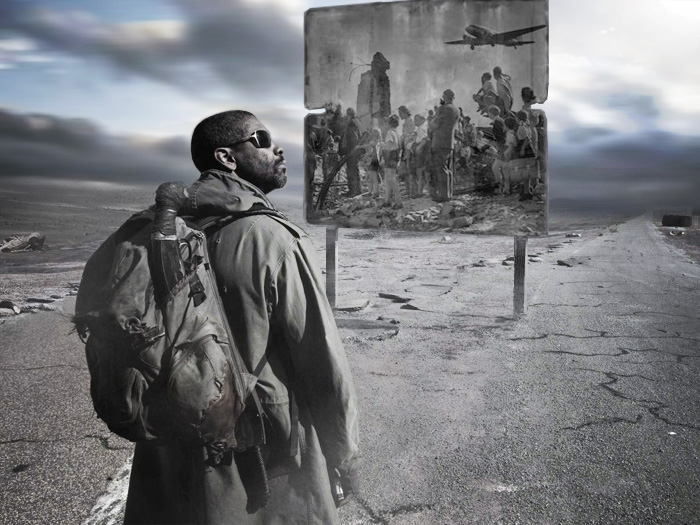 What if a company is on both sides of the market of law? What if it exercises juridical (administration of the law) power, being not only a party to a conflict, but also the authority deciding it?
Digital Political Capitalism is the identity and aspiration of the too big too fail, platform companies.
Amazon, Google, AirBnB, Facebook are the loudest despots that, without any substantive #resistance are displacing government roles. They are replacing the logic of territorial sovereignty with functional sovereignty. In functional arenas from room-letting to transportation to commerce, persons will be increasingly subject to corporate, rather than democratic processes and its controls.
Who needs city housing regulators when AirBnB can use data-driven methods to effectively regulate room-letting, then house-letting, and eventually urban planning generally?
Why not let Amazon have its own jurisdiction or charter city, or establish special judicial procedures for Foxconn?
Why not allow an online rating system to replace state occupational licensure rather than having government boards credential workers, a platform like LinkedIn could collect star ratings on them.
Territorial to Functional sovereignty is creating a new digital political economy. Amazon has positioned itself at the center of e-commerce and now serves as essential infrastructure for a host of other businesses that depend upon it. The “everything store” may seem like just another service in the economy but when a firm combines tens of millions of customers with a “marketing platform, a delivery and logistics network, a payment service, a credit lender, an auction house…a hardware manufacturer, and a leading host of cloud server space it’s not just another shopping option. Online platforms are not “best service wins.” The network effects are a perpetual motion machine.
If you have a problem with a merchant online: do you want to pursue it as a one-off buyer? Or, as someone whose reputation has been established over dozens or hundreds of transactions and someone who can credibly threaten to deny Amazon signficant chunks of revenue and to migrate to an upstart platform? The same goes for merchants: The more tribute they can pay to Amazon, the more likely they are to achieve visibility in search results and attention when disputes come up. You want to be in the good graces of the neo-feudal giant who brings order to a lawless realm.
As consumer rights shrivel, it’s rational for buyers to turn to Amazon (rather than overwhelmed small claims courts) to press their case. The evisceration of class actions, the rise of arbitration, boilerplate contracts make the judicial system a vestigial organ in consumer disputes. Individuals rationally turn to the giants for powers to impose order that were stripped from the state.
It is a transfer of power at tech speed,  from state to corporate actors.
Even the federal government has become an Amazon consumer as it privatizes critical procurement functions to extract deals that the Defense Department is itself unable to demand. Procurement premised on public purpose is a societal good. When it is, instead, premised merely on the cheapest cost, it’s an open invitation to continue the same unethical sourcing that has plagued so much government purchasing, and give the end consumer, the American public, no legal recourses outside of Amazon mediation.
Only political organization can stop functional sovereignty from stealing the territorial governance at the heart of democracy.
Good luck with that. They won’t let you. You’ve been taken over…

Amazon is the elephant, we are the blind men gathered around it, each feeling a different part and none in agreement with ‘what it is’. I walk around it and describe what I feel at each stop.
So far, this is what I’ve touched:
Google, Facebook and Amazon ate America. Now they are digesting.
Amazon becomes your local drug pusher. And they deliver
What is your citizen score? Gamified obedience to the State
Amazon takes hostages. Where are the rescue SWAT teams?
Beware the Facebook, Google and Amazon company town
Moody’s says Amazon ain’t
Taxes on sale at Amazon. Act fast, supplies are limited
Artificial Intelligence Governing System of Amazon Prime
From good to great to bad. Amazon 2nd second quarter earnings…
Amazon. Creeping tyranny and the public policy resistance
When the Amazon tyranny turns inwards. The resistance
Amazon Earnings without Web Services Business. Are cheap prices and customer love hiding real problems?
Beware friends bearing low prices. Amazon. Capital Destroyer, Beserker of Retail and Unemployer of Legions
Amazon buying Whole Foods? United Food Workers Union joins the #resistance
A no BS review of Amazon bookstore
Amazon is a country, Jeff Bezos is its tyrant and we are the useful idiots
Amazon acquires 91,000 employees. Robots are coming, the human usurption begins