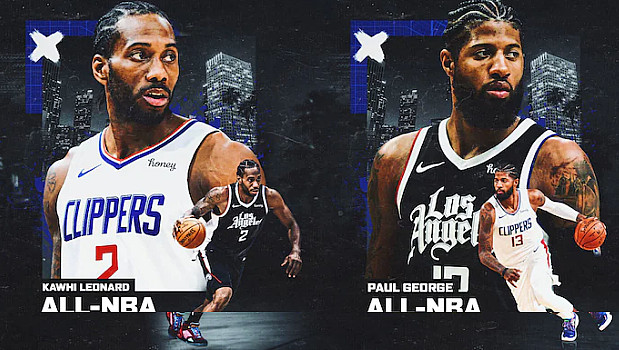 The Steve Ballmer’s sister stadium to SoFi is finally breaking ground. Intuit Dome is on its way to Southern California’s Inglewood community. After years of planning and adjustments to those plans, Intuit Dome is being built. It will be a while before the L.A. Clippers will be able to move into their new $1.8 billion stadium.

The L.A. Clippers hope to play the 2024-2025 season National Basketball Association (NBA) games there. Paul George and Kawhi Leonard will be two of the first to play the Intuit Dome. They each have player contracts for the 2024-25 season.

Intuit Dome was previously labeled The Inglewood Basketball and Entertainment Center (IBEC). We’ll see which names will stick. It is located southwest of L.A. about 12 miles, in the city of Inglewood. A video clip of the groundbreaking ceremony from September 17 is embedded here. (Video will play on Google Chrome).

Combined with SoFi Stadium, the whole area will be one “gi’-normous” (giant + enormous) complex. It will provide sporting and entertainment venues. Intuit Dome will be built across the artificial lake from SoFi and Hollywood Park.

Steve Ballmer raves about the new Basketball Dome calling it ‘Basketball mecca!’ and ‘Basketball palazzo!’ One of the most unusual elements is the halo video screen that will hang above the court. The halo will be about six times the size of other big screens and over one acre in size. It will have 44,000 square feet of LED lights. The roof of the Dome was specially designed to hold the halo.

Ballmer wants fans in their seats enjoying the game, with generous legroom for all. Fans will experience the convenience of technology everywhere. They can pick up refreshments and pay using their account.

‘The Wall’ behind the opposing team’s bench seats 4,700 fans, 51 rows. A section in the middle of the seats is standing room only. Per acoustics experts, ‘the Wall’ should generate as much sound as possible.

How will the New Neighbors affect the Local Community?

Inglewood is to become a premier regional sport and entertainment center. The NBA team’s return to the city will stimulate the local economy. Publicly accessible space will be built that spurs $100 million in community benefits.

Properties along Century Boulevard near Prairie Avenue are slated for this development. Overhead flights to Los Angeles International Airport limit the land’s usability. Inglewood feels the arena is the best use for the land. A land-use covenant was included in the land transfer. The land is to be preserved for public use indefinitely.

The Intuit Dome and surrounding development will provide public access to recreation. Residents and visitors will enjoy the amusements.

Intuit Inc. and the LA Clippers announced they have entered a 23-year strategic partnership. Intuit Inc. is a global technology platform. It owns TurboTax, QuickBooks, Credit Karma, and Mint. The announcement was made on September 17 during the groundbreaking ceremony.

The Dome will become a center for programs that influence economic prosperity. Programs that benefit the community. The Clippers committed to the City of Inglewood a benefits package. The package will generate $260 million annually for the local economy.

As part of the partnership, Intuit commits to:

● Expand their Prosperity Hub School program by $1 million in the L.A. area. The program enables students to learn about finances and entrepreneurship.
● Intuit commits an extra $1 million to underserved school districts. This will be during the next three years.
● Provide events to help prepare and file taxes for low-income families in the area free of charge.
● Host educational events. Local entrepreneurs and small business owners can leverage workshops. They will enjoy networking, tools, and education. In addition, they will teach tips on starting, building, and growing a small business.