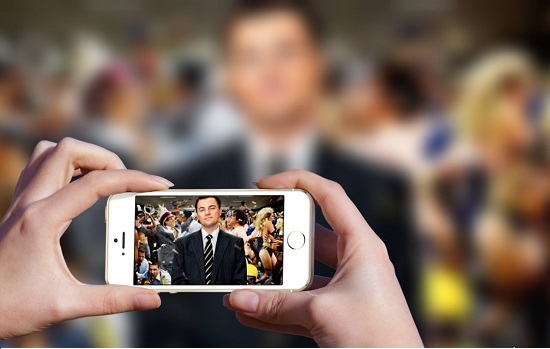 Must we wait til the corpse of Uber is cold to begin its postmortem?
This will be divided up into three posts, this first one is comparative biology, the bookend on the left, the other two are:
2. The bookend at the right is what comes at Uber’s end and after: The end of Uber. Moveable object meets unstoppable force
3. The book in the middle, the last post I wrote is about how the Uber lie got so far
In the mid to late 90’s they were many ‘pump and dump’ stock brokerages with elitist, aristocrat sounding names and Wall St. addresses.
To those outside looking in they were called ‘boiler rooms’, But that description is wrong. Many of the brokers were making millions of dollars a year. The top-tier firms had offices that evoked the mahogany days of Wall Street or the electronic excitement of Solomon Brothers with its wall sized scrolling stock ticker.
Expensive interiors are meant to deceive not just the customers buying stocks but also the brokers selling them. It gives both sides the assuredness of ‘Wall Street’, regulations, money, greed and the ‘good old boy’ rules of chivalry.
DH Blair was one of the biggest, at times they employed over a three hundred brokers. DH Blair brought companies public. The companies needed a few million dollars and Venture Capital hadn’t yet emerged. Big banking shops like Merrill Lynch wouldn’t do a deal below 100 million, the secondary shops like Donaldson Lufkin wouldn’t do a deal below 50 million. Almost every company, needing to go public or new capital below those dollar thresholds had to go to the tertiary, and below, investment banks.
DH Blair would usually price IPO at $5 a share, there would also be a warrant that, if you were lucky enough to get, sold for 25 cents (although actually, long story short, there were usually many different strike prices with the warrants. One share of stock and two warrants, an A and a Z. But lets keep this simple).
The warrant was convertible at (in this example) $10. If the stock went to $15 the warrant would be worth at least $5.
Amazingly the stock would go from .25c to $5. Sometimes on the first day of the IPO.And amazingly, the owners of DH Blair kept most of the warrants for themselves, their wives, their girlfriends, their kid their favored brokers.
When the owners of DH Blair wanted to sell their warrants they would give the brokers an extra commission to go out and pitch it to their clients. If your client bought $50,000 worth, you could net $15,000.
Nice right?
DH Blair owners made money, the brokers make money, their wives and girlfriends made money, the company that IPO’d made money. Everybody is happy.
Maybe not the client who bought the stock and/or warrant after it had its run up and the initial owner had sold and taken their big profit.
When the client wants to sell stock they tell their broker ‘sell’. The broker says ‘but there’s good news about to come out’, the client says ‘I don’t give a shit, sell’.But who’s gonna buy their stock? Outside of DH Blair there is no market for the stock. There is no blockbuster news, no new patents. Nothing.
So for the broker to sell the stock as the client demanded they have to find the buyer. They call up another client and say ‘there is good news about to happen to the stock, you gotta buy it now’. If the client agrees, the broker completes a sell ticket and a buy ticket and brings it to the traders desk. The trader stamps the tickets and the trade is official. One client just sold and the other is just bought. That’s called a cross. There is no real market for the stock so the broker must create one from within their book of business.
The stock market is always a nasty thing. Things are never quite what they seem. Money does weird things to people. There are a lot of dynamics that make stocks go up and down, PE’s and all the things you can express in mathematics. Momentum and psychology have the biggest day-to-day impact on prices and valuations. There are many people who just buy a stock cos its going up and they are hoping that trend will continue. They want to be in on the action, to win. It is a part of their identity, ‘I am a winner’. They want to tell their friends, they what their wife to be proud. Their mind time travels to the future and all the recognition of winning. It’s human. Then it turns around. manic drove them to buy, Depression drives them to sell.
Postscript
What happens when the next IPO comes out, the brokers existing clients dont want the ‘old’, te want the new IPO. You can’t find buyers for the clients who are cashing gout of the old stock. DH Blair doesn’t want to commit their capital to buying the stock and keeping it in their ‘inventory’. The stock goes down, way down. Sometimes to pennies. Clients get wiped out, brokers get sued and move on.
So why did those stocks go down to pennies. Well, all the fuzzy dynamics aside, they just weren’t good companies. Some were that were coming out of DH Blair such as Celgene, but most weren’t.
In a short window stocks can be irrational, the stock market can price things wrong. But, over the long haul the stock market is a perfect pricing mechanism.
This is the Warren Buffett strategy. Some people violently trade stocks, Buffett picks good companies and just waits, for decades.
Warren Buffett doesn’t own any Uber.
The End?