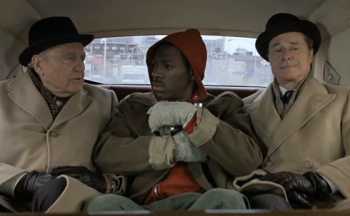 Venture Capital meets the SEC
Wars are strange unpredictable affairs.
When you break a war down into to its most strategic battles, the greatest commanders, from Alexander to Hannibal, Napoleon to Caesar and Grant – it is not their military plans prior to a battle that are remarkable, it is how they reconciled with that plan when the environment changed, when a small number of soldiers run for their lives and compromise the entire line, when the unknowns of peoples behavior, the cleverness of their opponents or their faulty schemes, are realized.
I am certain that a pricing correction, a new battleground, is about to occur.
My outlook is not burdened with statistics of the first, second or third type, instead it is anecdotal from what I have intimately seen.
It is the reconnaissance from all of the family offices that I have participated in syndicates with. It is from the public companies that have bought what they couldn’t build for themselves and whose board and CEO’s I speak regularly with. It is from the most voracious appetites and it is a leading indicator of the market’s direction.
Can they be wrong, yes, are they wrong, possibly.
Are they suffering from a fear of heights as prices have gone through the roof?
Maybe, maybe not. But, regardless, it has to be tested
The financial markets, public and private, are a war. There are sides. There are buyers and sellers, and each think they have the advantage in a trade.
The old Professor Peter Peckinpah all purpose anti-personnel Peckinpah pocket pistol under the toupee trick – Maxwell Smart. Get Smart
One of the most crucial fortifications that can be improved is making all firms subject to Dodd-Frank act, regardless of their assets under management. Compel filing requirements, disclosures of purchases, Know Your Customer from individual to institutional with no free passes, define and within a parameter restrict solicitations that were enabled under the JOBS act.
I believe that transparency and regulation under a single authority is great for the VC industry and even better for investors and entrepreneurs. The tree has to be shaken of the bad players. Capital requirements and stress tests have to be defined and enacted.
Create a pipeline and a receptive audience for whistle blowing that is charged with investigation and aligned with enforcement.
From an investor, LP, perspective, it is allows differentation between funds where a new factor can be evaluated on a spread sheet, compliant/not compliant
Shtarker: Are you crazy? This is radioactive material! One wrong move, and it’s ka-frickin’-boom!
Siegfried: This is KAOS. We don’t “ka-frickin’-boom” here.  – Maxwell Smart. Get Smart
And, once you have regulation you have increased visibility into pricing and inflating paper prices. This has happened in a closed loop and that needs sunshine, it will benefit the
entire systems. The National Venture Capital Association despite their tricky assertions, have fought to preserve their cone of silence, and that must be lifted.

Agent 99: Inside there’s a pill, if captured it will cause death in nine seconds.
Maxwell Smart: Great, but how exactly do I get them to take it?  – Maxwell Smart, Get Smart
A strategy must always be re-examined because the markets (in the short 5 to 10 year terms) have Buddhist impermanence. What worked yesterday is changing and strong markets have lulled VC and entrepreneurs into undisciplined behaviors.
Most venture capitalist do not have a long view, the future, past 2 or 3 years into the vintage of their fund is a concern, but its buried at the bottom of a big to-do list of other urgencies.
Primary right now is allocating from big pools of cash. There is a staggering reserve of capital looking to buy growth, recklessly bidding up low quality and wrapping it in a single A rating.
It is an IFTTT recipe that will work until it ‘doesn’t’, and I think the ‘doesn’t’ is galloping at us.
Every generation has its new crop of analysts and CEO’s as entertainment and this cycle is not an exception. And just as the tide brought them in, it takes them away until the newest generation hits sand like a message in a bottle. Each time around they says its different, that this time it’s all been figured out, like a lemon of a car that the mechanic promises has finally been repaired, it breaks again.
Success is a lousy teacher. It seduces smart people into thinking they can’t lose.
Bill Gates
If this is indeed an improved iteration, it has to be qualified beyond long Term Capital Management bluster. Barriers of entry must be firmly erected for new funds so that it is not a safe heaven. Instead, they must satisfy reserve, transparency, accounting and consistent rules through out an industry standard. We need an agreed distinction in the classes not defined by performance, because that will (or should) fluctuate within a band, but by a good housekeeping type of seal.
For the past two years many conversations I have had can be framed like the simplest menu at a takeout Chinese restaurant. Either and/or:
Money supply will contract; capital will migrate to other asset classes
Low interest rates are the norm and the 60 or so years that proceeded it was the anomaly
I am now a consumer of #1. I would like the unwinding to be orderly so that it can ben elastic and quick.
Maxwell Smart: The old “call Forwarding from the shoe phone to the cell phone so you don’t know where I am and then I appear on the roof behind you and surprise everyone trick.”
– Maxwell Smart. Get Smart
One skirmish will be the battlefield of the pricing given to startups. It’s a seller’s market and VC firms have bid and dealt amongst themselves, swapping paper and inflating prices.
If you’re pricing every shitty deal for a 10x top line, the system is broken.
Mispricing and the stresses it causes through a system can, and will, create a few Enron type problems that need sunlight to be flushed.
It’s a shame he didn’t use ___________ for niceness instead of evil –
Maxwell Smart Get Smart. Said with iterations in many episodes
The argument the venture capitalists have is that pricing is whatever the market tolerance is, but yet they are the market.
Startups must be (re)priced as ‘little companies’ rather than as an ‘unformed market leader’.
Crowd funding syndicates need to be challenged in courts and mediations. But, first you need actionable instances, big losses/numbers of affected and headlines to fill the pot. The courts are very sympathetic to the ‘little guy’. Institutional buyers are largely rational. Retail investors are largely not. This is the makings of a hungry lawyer’s class action.
Big guy in cell with Billy Ray: “You beatin’ 10 cops. How come I don’t see no bruises on you?”Billy Ray: ” ‘Cause I’m a karate man, see! And a karate man bruises on the inside! They don’t show their weakness. But you don’t know that because you’re a big Barry White looking motherfucker! So get outta my face!”
Upstream is that unfortunate company that is on a path to a sustainable business and has been given too much money/too high a valuation. In some circumstances they become the unknowing accomplice of a shoplifter who gets their pockets stuffed with the stolen goods. If you’re going to take an unreasonable amount of cash, you are being forced to compete in ‘supermarket sweep’. The weaker CEO’s may be stressed into unreasonable, possibly unethical and possibly criminal actions as they must accelerate the ramp to top line. I think more reasonable pricing will ease the burden that the largest funded/valued companies have.
Randolph Duke: “Money isn’t everything, Mortimer.”Mortimer Duke: “Oh, grow up.”Randolph Duke: “Mother always said you were greedy.”Mortimer Duke: “She meant it as a compliment.”
A cool down is needed and it will happen. Windows to invest have become too short and the integrity of due diligence is questionable and mega VC funds need an unrealistic amount of winners to get themselves to a return on a 500 million+ fund and they are scorching the earth.
Curt Wild: We set out to change the world… ended up just changing ourselves.
Arthur Stuart: What’s wrong with that?
Curt Wild: Nothing, if you don’t look at the world – Velvet Goldmine
Warren Buffet is the biggest hard money lender on the block and you can look to his brilliant opportunistic extremes and work your way backwards. Holding risk is great when it works for you, but when it turns, it happens quickly and with no warning. The most common characteristic in the largest of collapsed businesses is that they mispriced their assets, were overconfident – if not delusional, in imagining a pleasant resolution. That’s when they meet Warren Buffet or his downstream counterparts. The ‘clean up men’
I think with a little bit of intervention that meeting can be avoided and fire-sale auctions won’t be a remedy to a market fizzle.