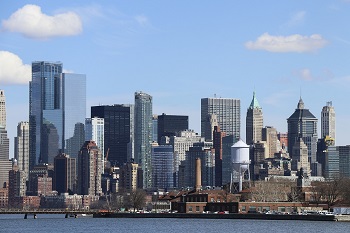 Visa ban in the USA due to COVID-19, impacts a large number of immigrants negatively. The COVID-19 pandemic has led to a change in lifestyle, the way we study, and the way we work. In the USA, the biggest impact of this change is on international students and working professionals.

The recent lockdown and contagious nature of the COVID-19 disease, which spread rapidly in closed space such as airplanes among others, has led to a short term ban on international flights. To discourage the huge movement of individuals from other countries, President Trump issued an executive order to ban immigration visas.

President Trump has issued proclamations, temporarily banning immigration visas for people coming into the USA. Most immigrants come as employees, or to seek employment or study. The Trump administration believes that such bans will lead to an increase in employment for locals as Covid-19, has led to a high percentage of unemployment. The president in an election year, is keen to please his voters, as, in the past, his policies led to the highest increase in employment rate in the USA, in decades.

USA admits over a million Indian professionals annually on various types of visas such as H1B and H2B, mainly long term and short term work visas. H1B series of visas allow companies to employ foreign professionals.  Trump administration may extend the ban on immigration visas to a general ban on issuance of H1B, H2B and L2 visas as well.

Companies availing of these visas for international workers and their families include American companies as well as Indian companies headquartered or offshoring in the USA. While many Indian tech giants hire locals in most jobs, they also get Indian professionals for other job roles.

This bill bans visa issuance and extension of all working professionals and students from foreign countries. This will impact several areas including the loss of economic growth.  The USA imports talent and the return of such professionals may create a serious gap in the service sector as well as other areas such as healthcare, technology support, and research. The American economy is already performing negatively. Any further stress will send it spiralling downwards. The bill may prove to be a President Trump’s biggest foreign and domestic blunder.

Many foreign citizens, such as dentists or IT workers will face a crisis when visas are not extended. They will have to put up with a loss of work, cancellation of licenses and loans, leading to a financial meltdown in personal lives.

Trump’s visa ban included a move to ban student visas is also. This order implied the cancellation of student visas if their university has online classes. It insisted that the student must return to their country.

This move created a financial burden on students. Foreign students suffer a lot of hardships to study at an American university. They avail of student loans to pay tuition fees and live frugally. In some cases, the loan provisions demand that they stay or study on campus and not remotely. Physical presence at the university is necessary. Failure to comply with loan provisions would lead to loan cancellations.

Several students come from conflict-ridden areas, others from countries where COVID-19 is spreading rapidly. They may not be able to continue with studies if they return to their country. Most students hope to get employment or immigrate to the USA.  The USA is in effect telling them to go back and find a future in their own countries. The Visa Ban Order dashed hopes and dreams of millions of young people, for whom the world will never be the same again after Covid-19.

Keeping these considerations in mind, top US universities including Harvard and MIT, filed a lawsuit against the order. They mentioned that students have neither the means to travel while others don’t have access to personalized computers or the internet. The universities referred to this rule as ‘unlawful’.  Meanwhile, ICE had already warned universities and students that the process of removal from homeland would start soon.  The Supreme Court ordered the government to roll back the ban.

The government of the USA has since revoked the ban on student visas. However, the Department of Homeland Security has warned of future such regulations to curb the spread of Covid-19. This regulation was a preventive measure to stop universities from reopening classes.