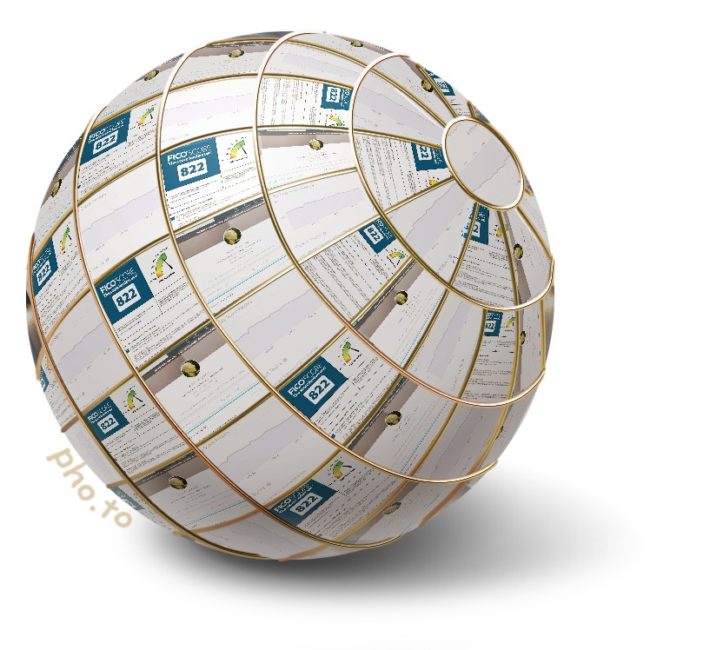 The Chinese government is developing a Citizen Score to rate the trustworthiness of its 1.3 billion citizens. It is always on surveillance.
What we do online and offline merge into an onlife.  A new identity exists within an infosphere, that blend of physical and virtual experiences.
Tabulating our identity is not new, in the United States some part of that calculation is in our FICO score, but China promises, and threatens something ‘perfect’ and dangerously algorithmic.
In its defense, a Citizen Score itself is not blindingly ‘bad’. In China many people don’t own houses, cars or credit cards in China, so that kind of information isn’t available to measure. The central bank has the financial data from 800 million people, but only 320 million have a traditional credit history.
China’s lack of a national credit system is why the government believes, and thru its marketing and coercion will find fellow believers, that Citiza en Score is needed to resolve a “trust deficit”
In a poorly regulated market, the sale of counterfeit and substandard products is a massive problem and in services, only about half of the signed contracts are kept.
The program has begun with a voluntary roll-out. Participation will become mandatory as of 2020. The behavior of every single citizen and legal person (which includes every company or other entity) in China will be rated and ranked.
The rollout is watch-and-learn, private companies are devising the systems and algorithms for a citizen score and the tie-ins to promote and coerce compliance in an always on surveillance.
There are several State favored companies tasked with its mathematical creation
China Rapid Finance is a partner of the social-network behemoth Tencent and developer of the messaging app WeChat with more than 850 million active users.
Sesame Credit, is run by the Ant Financial Services Group (AFSG), an affiliate company of Alibaba. Ant Financial sells insurance products and provides loans to small- to medium-sized businesses. And, a division of that is AliPay, its payments arm that people use not only to buy things online, but also for restaurants, taxis, school fees, cinema tickets and even to transfer money to each other.
Didi Chuxing, the ride-hailing company that was Uber’s main competitor in China before it acquired the American company’s Chinese operations in 2016,
Baihe, the country’s largest online matchmaking service.
Individuals within Sesame Credit are measured by a score ranging between 350 and 950 points. Alibaba does not disclose the algorithm it uses to calculate the number but they do reveal the five factors taken into account.
Credit history
Fulfilment capacity. A user’s ability to fulfill his/her contract obligations
Personal characteristic. Verified personal information such as someone’s mobile phone number and address
Behaviour and preference. Shopping habits as a measure of character. People are what they buy. The system not only investigates behaviour, it shapes it. Nudging citizens away from purchases and behaviours the government does not like.
Interpersonal relationships. What does their choice of online friends and their interactions say about the person being assessed? What does their choice of online friends and their interactions say about the person being assessed? Sharing what Sesame Credit refers to as “positive energy” online, nice messages about the government or how well the country’s economy is doing, will make your score go up.
Posting dissenting political opinions or links has never been wise in China, but now it hurts a citizen’s rating and to heighten that pain, a person’s score will also be affected by what their online friends say and do.
The trial runs that have begun have lures: If a score reaches 600, they can take out a Just Spend loan of up to 5,000 yuan to use to shop online, as long as it’s on an Alibaba site. 650 points, they may rent a car without leaving a deposit. They are also entitled to faster check-in at hotels and use of the VIP check-in at Beijing Capital International Airport. Those with more than 666 points can get a cash loan of up to 50,000 yuan from Ant Financial Services. Get above 700 and they can apply for Singapore travel without supporting documents such as an employee letter.
At 750, they get fast-tracked application to a coveted pan-European Schengen visa. If you are good, we will let you out for a few days.High scores are a status symbol, almost 100,000 people are bragging about their scores on Weibo (the Chinese equivalent of Twitter) within months of launch. A citizen’s score affects their odds of getting a date, or a marriage partner, because the higher their Sesame rating, the more prominent their dating profile is on Baihe.Sesame Credit offers tips to help individuals improve their ranking, including warning about the downsides of friending someone who has a low score. sharing tips on how to gain points and how to strategically improve a ranking or get off the trust-breaking blacklist.
Gamified obedience.
“If trust is broken in one place, restrictions are imposed everywhere,” “allow the trustworthy to roam everywhere under heaven while making it hard for the discredited to take a single step” –  State Council General Office policy entitled “Warning and Punishment Mechanisms for Persons Subject to Enforcement for Trust-Breaking”.
Mashed from Wired and Botsman