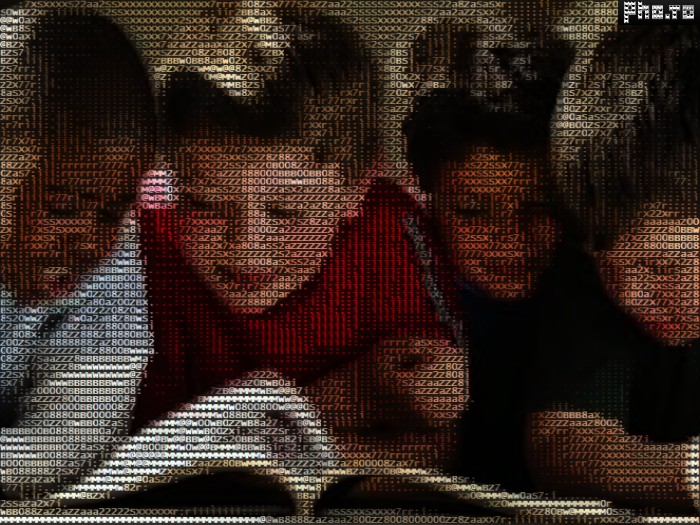 When enough people are employed to solve a problem, means become ends. People are adept at aligning their principles with their pocketbooks, they persuade themselves, and me, that their programs are of paramount importance. They oppose the elimination of unsuccessful programs to prevent the discovery that nothing very bad would happen if they were abolished.
When people are more concerned with seeming good than with doing good, symbols become irresistible. Policy abounds in symbols that express concern, cost a lot, and miss the point.
Several weeks ago I was given a private tour of a Museum in Washington DC. It is oversized, marbled, digital displays, a small bookstore, Apple tablets, worshipful of consumption. Washington doesn’t suffer from a shortage of books but from a shortage of people who can read them. Public school reading and math proficiency is near the bottom of the country.
This led me to a make changes, in myself, my identity, how I view the world and how it views me. Equality of opportunity without equality of education is cruel. Education has been discreetly altered, now it’s ’emotional adjustment’. Those who push this theory of ‘non education’ seem not to have reflected that an excellent source of maladjustment is to be an unemployed semiliterate.
Education should include cursive writing, script. Children have to know to express themselves without auto-correct. They need the cognition that happens when pen hits paper. It is not true that any language is acceptable provided that it communicates. The problem with degraded English is precisely that it doesn’t communicate well.  As the distinctions between words are lost, as the grammar degenerates toward bumperstickerhood, people can no longer express, and perhaps cannot think, things that once they could have.
And, what has become of history? Being innocent of history, our youngest students are cast to live in temporal isolation. Society has managed in a few generations to overcome everything that civilization has strived for, replacing it with—nothing. The effects of the degradation is that it deprives the bright and curious of a wonderful heritage and it separates the country into two classes, an invisible aristocracy enjoying all of life; and the rest, with 500 channels on cable TV
I do not know how one repairs the chain once it is broken
Rather than an intervention on where things are right now, I give up. Instead, I am contributing actively to nonprofits and agencies that teach away from the school. In libraries, in community rooms, and… as you will read below, in McDonald’s.
On my birthday last year I read the article linked and briefly quoted below. It connected the dots between me, creating opportunities and education.
…on the morning of their wedding, Omar and Betty shared a breakfast of egg McMuffins at a small McDonald’s table, dressed in their finest clothes. Before driving to a Houston courthouse to be married, they walked into the attached child’s play area and joked about one day bringing their kids there.
“Few understand celebrating at a McDonald’s, but for Omar and Betty it made sense. They don’t have a lot of money, and McDonald’s is part of their life. It is that way in many poor and middle-income neighborhoods, where McDonald’s have become de-facto community centers and reflections of the surrounding neighborhood.
When many lower-income Americans are feeling isolated by the deadening uniformity of things, by the emptiness of many jobs, by the media, they still yearn for physical social networks. They are not doing this by going to government-run community service centers. They are not always doing this by utilizing the endless array of well-intentioned not-for-profit outreach programs. They are doing this on their own, organically across the country, in McDonald’s.
It isn’t just groups who use McDonald’s. For many of the poorest, for the homeless, and for people caught in an addiction, McDonald’s are an integral part of their lives. They have cheap and filling food, they have free Wi-Fi, outlets to charge phones, and clean bathrooms. McDonald’s is also generally gracious about letting people sit quietly for long periods – longer than other fast-food places.”
Most importantly though, McDonald’s provide many with the chance to make real and valuable connections. When faced with the greatest challenges, with a personal loss, wealthier Americans turn to expensive therapists, others without the resources or the availability, turn to each other – Chris Arnade from his article McDonald’s: you can sneer, but it’s the glue that holds communities together