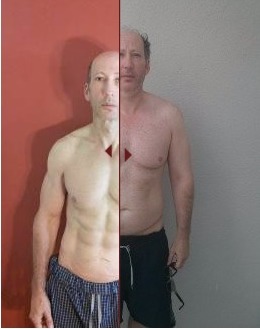 Would you take performance enhancing drugs?
You are an exceptional athlete. You have an extremely competitive personality. You have grown up being a star. You want to make it to the highest level in professional sports. You want the recognition, the fame, the money. You eat, sleep, breathe your sport.
Your competitors and/or teammates are taking performance enhancing drugs. The designer cocktail of chemicals will be prepared for you. It will give you the boost that no amount of training or diet or mind exercises can ever do. There is only the smallest, almost negligible risk that your secret potion will ever be discovered. Would you do it?
Once there was a war on drugs. The pharmaceutical company won that exhaustive war. Children will grow up cradle to grave with a prescription for whatever does, or doesn’t, ail them. Until we are born into the matrix we can medicate our way in.
And once there was a war on steroids. The battles were fought by Sosa, Armstrong, Bonds and others. Those were skirmishes, the sports industry and all the businesses on its periphery won the war. And as the public can no longer differentiate between the human effort and chemical bot, that victory will also lift the pharmaceutical boats.
Dealers have moved out of the gyms and into very specialized laboratories that service only athletes. They formulate very complex compositions, dosages and schedules to avoid detection by tests and to optimize the performance and the desired result. For regular folks that don’t have a sanctioning body to report to, there are numerous ‘anti-aging’ clinics that prescribe concoctions and use waivers to remove them from complicity and the horrific likely consequences of medically unnecessary testesterone, et al treatments.
You are the athlete. The only way for your chemical diet to be discovered is either by your failure to adhere to a dosage schedule, or if you got very (very, very) unlucky, to be surrounded by agents at a random drug test that was completely unannounced.
To avoid a person armed with a specimen cup, the best tactic is to run away. Athlete(s) have locked themselves in the panic room of their mansion and pretended that the call from the security gate might be a polite intruder.
The newest cocktails of performance enhancing drugs are so perfect that detection will most likely only occur to those athletes that do not have the economic resources to afford the most precise designer concoctions.
Lance Armstrong was never conclusively proved to be a doper by tests. Instead what did him in was former teammates. And, those athletes cooperated with the agencies were dopers themselves. Ironic.
The anti doping agencies are clearly not there to bust athletes. They have accepted that there can be a fire without smoke.
The anti doping agencies are there to give the public a vine to cling to, the notion of clean athletes.
Floyd Mayweather Jr. one of the most vocal advocates of ‘no drugs’ messed up on his own schedule of dosages and was detected for having used a masking agent to conceal his intake.
It has never been easier for a top athlete to cheat the system, Drugs are newer then the tests used to detect them. Athletes that have an off season can cycle freely with minimal intervention and if all else fails they can use distractions like race, cancer, injury, retirement, body shaming as a diversion.
People want a mythology. They want to see people doing extra-ordinary things. And that’s fine, but there is a bar that cannot be overcome without chemicals.
The look of users has changed. Reebok sponsors Crossfit and the UFC. Have you ever seen crossfit ‘superstar’ athletes? They are poster children for the ‘steroid’ look. MMA is all performance enhancing drugs. Reebok sells the steroid accessories. They sell the look, the shorts, the shorts, the gear.
Each sport association publicly bashes performance enhancing drugs. UFC instituted a rigorous testing regimen that caught a legend. (He thought that the testing agency didn’t have jurisdciction as he had no fight scheduled.)
The President of UFC is Dana White and he clearly takes steroids. The commentator and color person is Joe Rogan and he clearly takes steroids. Neither are athletes, they just want the look. It is the look of the athletes and it’s the look of their sponsor Reebok. It’s what they sell.
Ditto for football and its commentators. Ditto for tennis that has become rampant and absurd with performace enhancing drugs.
And the worst is yet to come. The country has been softened up for the pitch from pharmaceutical companies.
Pharma will have a slew of new products to sell and a ton of new side effects to cure.