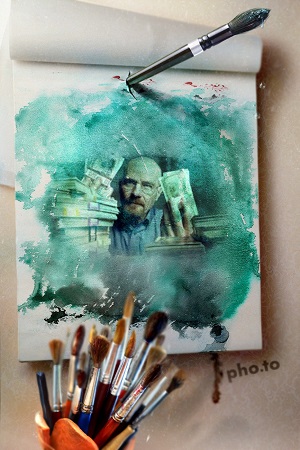 BREAKING NEWS: Facebook friends aren’t experts in all things.
MORE BREAKING NEWS: Zimbabweans are not paying $5000 more per bitcoin than everyone else. Zimbabwe is no longer on a U.S. dollar standard, having had a new Zimbabwean currency coerced on it by the government over the last couple of years. This new currency was supposed to be fully convertible into U.S. dollars and has since slipped to a large discount to the dollar.
When Zimbabweans buy bitcoin for $13800—they aren’t paying with U.S. dollars, they are paying with this new unit. The Zimbabwean price for bitcoin therefore deviates from the U.S. dollar price, Zimbabwe has its own freely floating currency. If you spend some time on Golix you’ll quickly notice that volumes are very thin and the trading range wide. Any Zimbabwean who wants a safe haven has been buying U.S. dollars on the street corners.
The #FakeNews on Bitcoin is entertainment, the real discussion is, or should be, about stored value.
It moves, your house doesn’t. The prices of easily transportable items with high value-to-weight ratios should trade at the same real price all around the world. Human blood, diamonds, plutonium, gold, heroin, $100 bills, stock certificates.
Store of value refers to the process of preserving value across both time and space. Now in one sense, every good that has ever existed has been a store of value, if a good isn’t capable of storing value, we’d be incapable of handling and consuming it.  Ice-cream cone needs to exist long enough for value to be transferred from tub to mouth.
Some goods are better than others at condensing value. Goods with the low bulk and weight, including the current money of the land, banknotes, are the best condensers.
To condense value over time and space, a store of value will need to be durable. Saffron has a fairly high value-to-weight ratio, but its quality depreciates much quicker than a dollar bill, thus compromising its ability to store value through time.
Nowadays, billions of dollars in value are represented as digital tokens on computers. These tokens—stocks, bonds, deposits, credit, bitcoin, and whatnot—are weightless and volumeless. Which means they far exceed the ability of any physical item to condense value over time and space.
Bitcoin or Netflix stock? Bitcoin is great for conveying value across space, especially if it involves crossing national borders. All you have to do is remember your private key and you can access your funds no matter where you are. Netflix isn’t quite so fluid. While you can access your online brokerage account from anywhere, you can’t sell Netflix stock anywhere. Instead, you’d have to sell the stock on an exchange, hva buyer and seller recorded and then transfer the proceeds to a bank account via a correspondent banking system.
Bitcoin and Netflix stock are constrained for temporally storing value, although bitcoin is particularly bad. For an asset to do a good job condensing property over time it has to provide its owner with predictable access to a future basket of consumption goods. Assets with prices that have gone parabolic do not fulfill this requirement.
The chart below shows the relative variability of the prices of bitcoin, Netflix, and gold since 2011.

The most predictable way to condense value through time is a U.S. dollar deposit.
Anyone who has $100 in their account knows with a high degree of accuracy what they’ll be able to buy next week. For longer time periods, say one year out, the U.S. dollar will have naturally suffered from some inflation. But this decline in purchasing power is a known quantity. The Federal Reserve has an inflation target of 2%. So it’s a safe bet that $100 will be worth $98, not $92, or $84, or $104.
Predictability