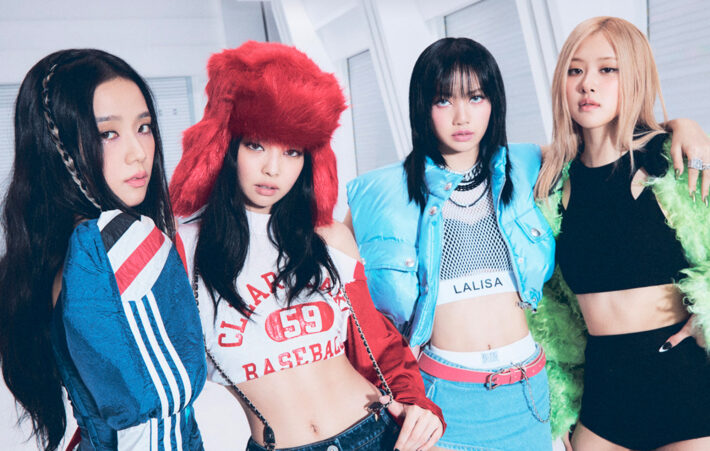 After almost two years since their last collective album release (101 weeks to be exact since Oct. 2, 2020), BLACKPINK – the biggest K-Pop Girl Group in the world, hits hard with ‘BORN PINK’ and their title track single, ‘Shut Down‘. But don’t call it a comeback (even though it technically is called that in K-Pop terminology).

With the current hiatus from group activity from the biggest K-Pop Idol group in the world, being BTS, there’s a massive void in the scene right now. Many netizens, including myself, have speculated who would step up and fill that void. It was obvious when BIGBANG cooled off from activities in 2016, that BTS would be the next man up. But what Boy group is it today? NCT? Stray Kids? Enhypen? The answer of course is not even a boy group. It’s BLACKPINK, obviously.

Consisting of four members – Jisoo, Jennie, Rosé, and Lisa (three of whom speak English fluently), under YG Entertainment, and predominantly under the production of in house producer and Diamond Bar native Teddy Park and his The Black Label in South Korea – BLACKPINK is tailor made for Western media and consumption. Their concept was always “Girl Crush” (think badass girl power like the K-Pop version of Joan Jett) vs. the more South Korean brand of cute concept, and their discography was always half dark (BLACK) and half cute (PINK) songs to underscore their duality. Their sound had always leaned into the western friendly ecosphere of trap hip-hop, EDM, R&B, electronic, and even Moombahton. But in ‘BORN PINK’, they’ve all reached a level of maturity and have diversified their discography. But is it enough?

The pre-release track, ‘Pink Venom’, uses traditional Korean instruments in a wonderful blend of EDM and Pop-Rap. The title track, ‘Shut Down’, is another BLACK song that uses samples of classical composition “La campanella”–by Niccolò Paganini–in a hard hitting trap hip-hop track. Jennie and Lisa slay, as usual, in their rap verses. Both opening tracks have a same-y quality though, being arranged by Teddy. ‘Typa Girl’, my favorite B-side of the album, is the standout here with it’s swaggy downtempo trap production that recalls ‘Pretty Savage’ or even Lisa’s solo track ‘LALISA’. ‘Yeah Yeah Yeah’ has a synth-pop vibe that sounds like a Rocket Punch track. ‘Hard to Love’, an uncharacteristically upbeat Rosé solo is a pulsing and energetic nu-disco pop song that could be straight out of Doja Cat’s ‘Hot Pink’ album.

The next two tracks mark a more dark and emotional aspect of their song writing, with ‘The Happiest Girl’ being a soft piano based ballad in line with their other three more rare acoustic ballads ‘Stay’, ‘Hope Not’, and ‘You Never Know’. The second to last track ‘Tally’ recalls their more spiteful messages against their haters. The lyrics, “While you’re talkin’ all this shit. I’ll be gettin’ mine. Gettin’ mine”, really call back their heartbreak anthems of ‘Kill This Love’ or the more recent ‘Love To Hate Me’ from their 2020 “The Album”. And the last track ‘Ready For Love’, which was released earlier this year in July as a promotional single for the virtual in game concert in PUBG Mobile and was featured in the Netflix doc, “Light Up The Sky”, is a fitting closing track that features their sensual vocals in a bubbly EDM Pop song that calls back to lighter PINK songs like ‘Don’t Know What To Do’ or ‘Forever Young’.

So was ‘BORN PINK’ worth the wait? In my humble opinion, I’ve always felt BLACKPINK needed to diversify their discography even more with multiple producers. ‘The Album’ & ‘BORN PINK’ is a step in the right direction for that diversity. But it may be too little too late. The group is in their year (7-year contract renewal coming up in 2023), since debut and have a total of about 30 tracks. Many Blinks–their fanbase–will argue quality over quantity and I respect that but both of these albums should have been 10-12 tracks at the least to showcase their talents over a multitude of genres and sub-genres. Otherwise, most of their discography sounds a bit “same-y” and that’s going to be an issue since Teddy Park seems to have a single gear or two in his sound. Listen to SOMI, another artist under Teddy’s The Black Label, and tell me it doesn’t sound similar.

Overall … I like ‘BORN PINK’, and I understand the business and marketing strategy of waiting until all members were available to tour before the next album release. Most artist albums are a showcase of their talents and a valid reason to embark on a world tour. And with all members being super busy in 2021: Rosé’s solo release, Lisa’s solo release and brand ambassador-ship, Jisoo starring in Snowdrop, and Jennie starring in HBO’s upcoming The Idol, a perfect storm had to form for them to reunite, record, release,and engage in promotions. One thing’s for sure: their influence is global and has been moving towards the States now more than ever. Their South Korean Music Show promotions have dipped –‘Pink Venom‘ had one Inkigayo stage–and their presence has been leaning more towards L.A. ,fashion shows and T.Vv series) and N.Y. (MTV VMA’s). I guess the signs are all pointing towards BLACKPINK “World Domination.”

BLACKPINK’s ‘Pink Venom‘ & ‘Shut Down‘ MVs are streaming now. Their ‘BORN PINK’ album is available now. BLACKPINK’s ‘BORN PINK’ World Tour kicks off in Seoul on October 15, 2022, before heading to North America, Europe and all over Asia.