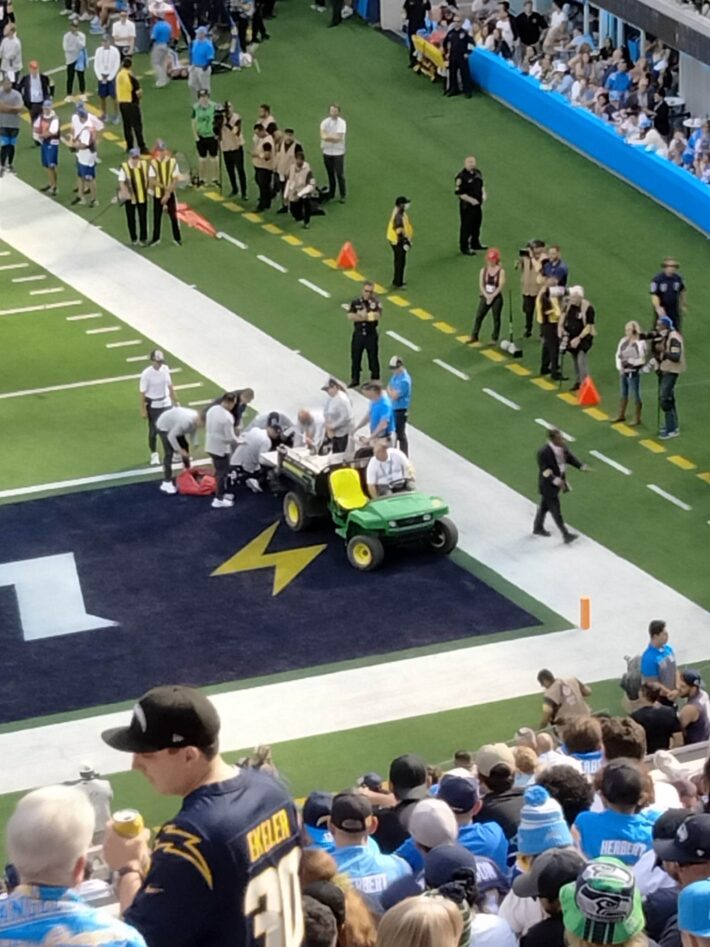 Coming out of the Los Angeles Chargers’, “Bye Week” in the NFL, the Chargers, sat at a win lose, 4-3; over .500 but struggling the last couple weeks. This isn’t anyone’s fault, at least not one hundered percent. Sitting at 4-3 with half the season being over, things could definitely be worse.

One of the biggest reasons for the struggles the Chargers have been experiencing lately heath wise with their wide receiver. Earlier in the season, the team lost their resident speedster–Jaylen Guyton. He’s not a big name in the NFL but incredibly important in the Chargers offense for spreading the field and giving more options to offensive coordinator, Joe Lombardi. With also still dealing with a lingering hamstring injury, is one of the best route-runners in the league, Keenan Allen. He is Justin Herberts number one wide receiver option and has only had that weapon available in only one game. He was available and played some of the Seahawks matchup, but that wasn’t “healthy Allen,” and he left the contest fairly quickly.

If all that wasn’t enough, you have Mike Williams out for four weeks with an ankle injury and your w3 (third wide receiver) in Josh Palmer out with a concussion. All in all, that’s wide receiver one through four weapons not available to Herbert and Lombardi.

Joey Bosa went out week three with a groin injury. Reports are he is now back at the facility and rehabbing it in house. That’s a very good sign and hopefully that means were three weeks or so away from possibly having Joey Bosa back. Next we have Rumph, out for four weeks. Cornerback, J.C. Jackson is out for the rest of the season.

Finally, over to Lombardi. obviously when you have your four top receivers out, but some of these problems started before the wide receiver room started dropping like flies. Simply put? Lombardi isn’t extending plays to throw the ball deep, which is one of Justins strong suites. Not only one of the strongest arms in the league, but also one of the best at chucking it down field. Joe has gotten very safe and unimaginative. there’s no pizazz in the play design. this is from a team that has one of the fewest sacks allowed in the league. clearly Herbert has time in the pocket but were not giving him anything to do when he has time to do something. take chances make mistakes and see what this offense can do. Let them loose.

Staley still has this locker room and there’s still plenty of fight left in this team I still have faith we can finish the season above .500 and make the playoffs but the offense needs to be pushed if that future wants to become a reality. This Sunday the Chargers face the Atlanta Falcons, the game being tagged as the Battle of the ducks. First time the two former university of Oregon quarterbacks have faced off since Mariotta was on the Raiders and went in for injured Carr. With only three wide receivers available, there defense will be playing a large role, as well as the run game. don’t be surprised if Spiller and Palmer step up and end up having career days.