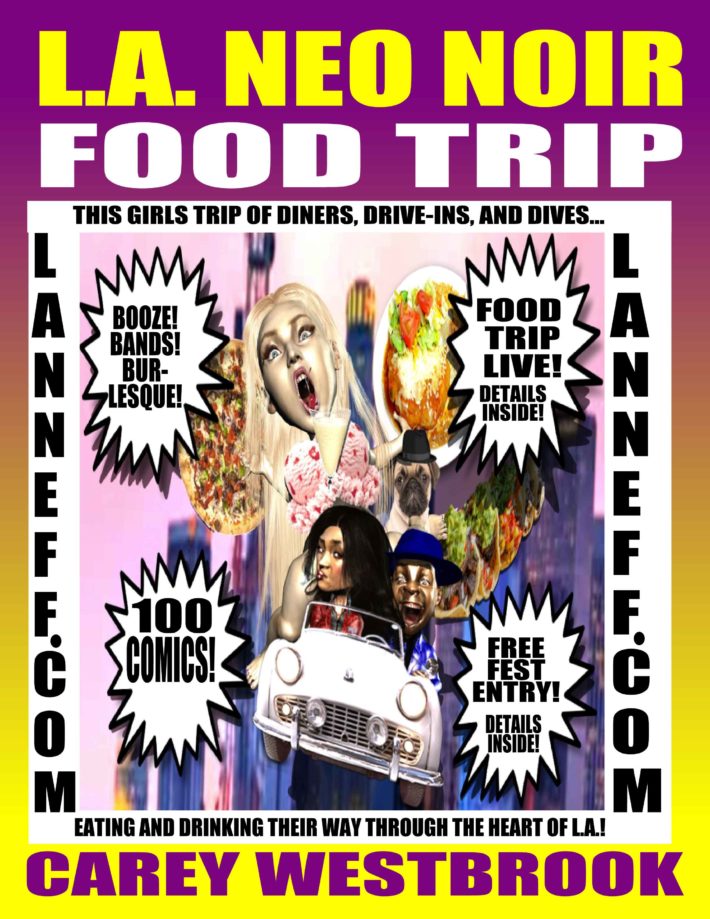 This year’s festival also features a new sponsor: SMG Films, a major online / airline distributor of neo noir full length and short films. They are interested in a select group of winners from this year’s festival and they will be approaching that select few with distribution opportunities!

L.A. Neo Noir also boasts the same old people coming back for the 2nd, 3rd, and 4th time! How is that a good thing? L.A. Neo Noir has the highest number of return screenwriters more than any other festival, because most of our festival screenwriters come back the very next year with fully produced films based on their previously recognized screenplays. Amazing screenwriters, like Diana Lee Woody and David J. Schroeder, have returned with their neo noir masterpiece fully produced films featuring well known stars. See Woody’s “A Menacing Proposal” and Schroeder’s “This Modern Man is Beat.” Look at our previous winners page on lanneff.com to see the point being made here. L.A. Neo Noir is so good you have to do it again and again!

Starting at 1pm sharp, the showcase of indie neo noir films from L.A. and around the world begins. Numerous cash prizes, the greatest burlesque dance troupe performing live, a trip to the neo noir landmark Bradbury Building, and the pride and joy of seeing your work on a state of the art movie theater screen for hundreds to enjoy will be made real when you’re a LANNEFF winner. We fully produce trailers with live actors based on all screenplay, novel, short story submissions, and present the best 25 as film fest selections. We also give you a copy of your trailer to use in any way you see fit. Whether you win or lose, whether you are selected or not, you get a produced trailer for your writing within a month after the festival and we promote that trailer on our website. No other film festival or screenplay / writing festival IN THE ENTIRE WORLD does that.

We have exciting neo noir networking events in place that have reaped benefits for ALL of our past participants. This year we will be re-screening Robin Wright’s neo noir directorial debut, the neo noir debut of The Eurythmics’ Dave Stewart, as well as scenes from lanneff media group’s L.A. Neo Noir Food Trip, now a best selling video slated to appear on the cartoon network! We have many guests you’ll recognize from film and TV this year, but the most important celebrity of the afternoon will be YOU!

Our objective: celebrate, showcase, AND sell the work of the greatest independent unknown neo noir filmmakers and writers from L.A. and around the world. We have done this successfully five times. This sixth time plus YOU equals neo noir magic!

Join us at Downtown Independent Theater, where we will take a tour of the Bradbury building, seen in such neo noir classics as Blade Runner, Fatal Attraction, D.O.A., Angel Heart, etc., See a screening of the best writing trailers and neo noir films, See a grand performance by Cabaret Versatile, L.A.’s, voted L.A.’s best burlesque, compete in a neo noir trivia game with many neo noir giveaways for best dressed neo noir / film noir outfit and much more. Winners enjoy a $100 prize. So get that amazing neo noir work ready. Get your entry fee, get your best neo noir suit or dress ready, and your best 100 neo noir business cards. If you love L.A. neo noir, your work MUST be represented here, and you MUST be ready for your close up with the Mr. DeMille of L.A. neo noir greatness, L.A. NEO NOIR FILM, NOVEL, & SCRIPT FESTIVAL SEVEN!  For tickets and information visit http://www.filmfreeway.com/laneonoir

The Los Angeles Journal is looking for great material to feature. We are building a community of influential writers, stunning artists, and people that like to recommend cool places to go. We are local only from the Southern California area. Tell us your opinions, new cultural experiences, witnessing new technology, opening of awesome new restaurants. Show us how awesome LA is.

– Submit columns and opinions (something about the LA area)
– Submit artwork that his an article to support the piece.
– Share your new cultural finds
– Share your new favorite restaurants and hangout. Tell us why it’s awesome.
– Highlight a up and coming athlete at at a local high school or college. What kinds of records is he or she breaking.
– Interview someone that is making a big difference.

We want this platform to be out there for you.

Or reply to email and submit your material.