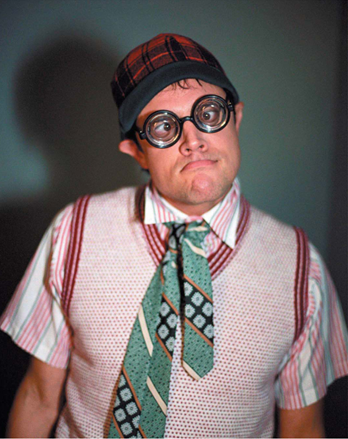 From Jackass to The Ringer with Johnny Knoxville

You probably would not call it revolutionary, but Johnny Knoxville, the co-creator and star of the controversial MTV reality series Jackass, expanded what passes for entertainment in our so-called information age.

Los Angeles Journal: What attracted you to the role in the first place? Johnny Knoxville: Ricky Blitt wrote this great script and the Farrelly brothers were attached.

LAJ: What do you think you have in common with your character?

JK: Steve hadn’t been around any mentally challenged people before the [time in the] film and neither did I. In the film he’s got ten new friends and I do as well.

LAJ: How enjoyable was it for you to do this movie?

JK: I’m more proud of this movie than anything I’ve done. I don’t want to sound like the guy trying to say all the right things, but I feel lucky to know Eddie and John and be involved in the Special Olympics.

LAJ: Did you get a bit out of shape for the role?

JK: I got out of shape a little for it. But before the film started I hurt my back because I have a bad back from Jackass. I took these anti-inflammatory [pills] for about 5-6 days and my skin was red from head to toe like a lobster or something. Luckily we had a week off; otherwise the film would have had to shut down for a week. I had to take a bunch of steroids to get rid of the rash and I gained another 15 pounds. I got really, really heavy.

LAJ: What was it like acting with these actors that had different abilities?

JK: I never had any interaction with mentally challenged people before. I don’t alter the register of my voice. I just talk to them like regular people. I think that’s the big message behind the movie. Most movies that have ever dealt with the mentally challenged [are] like an “afternoon school special.” They can play villains. They can play the wise ass. They’re just like us. Some are wise asses. Some are pricks. Just like everybody else. They’re human. Just treat them like that.

LAJ: You said you had injuries from Jackass. What were the circumstances?

JK: I have all kinds of injuries from Jackass: ankles, back, concussions; but the back is the one that really occurs mostly. My ankles I’ve broke about three times a piece.

LAJ: How much fun was Jackass?

JK: We were working until seven or eight and then go out until three or four in the morning and get up the next morning at ten and then go get something sprained or go to the hospital. You can only do that so long. We were on the air for nine months and I quit the show and then we decided to do the movie. That was four years ago. We’ve been thinking about trying to do another one.