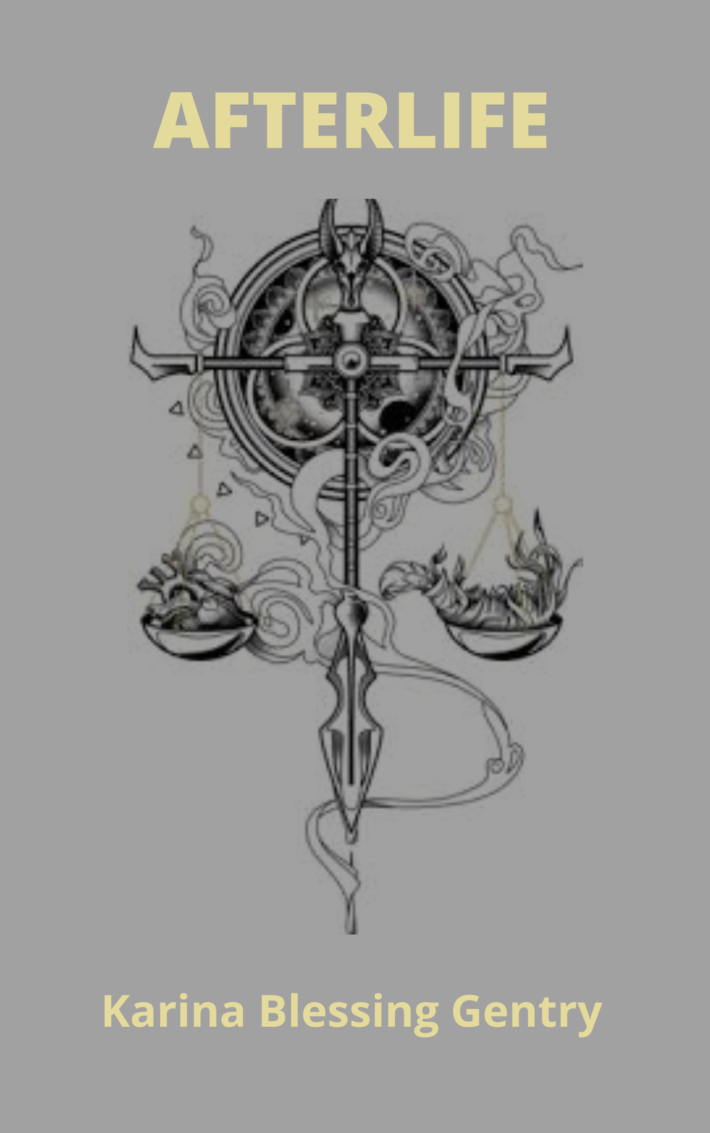 Hey, have you heard!?

The imminent god of death Anubis, death is his punishment.

When a person dies, before the soul could go to the afterlife, a hefty price is paid. Those who cannot afford the fees would be sent to the underworld or left to wander the earth inept of finding peace depending on their sins.

Anubis, the son of Isi and Osiris, was tasked with overseeing mummification, weighed souls, tour guide of the souls into the afterlife and defender against Chaos. He was the messenger of his father.

One day, Khepri (the goddess of creation and rebirth) felt her goodlihood was missing death as a vital key in her role as a goddess; she seeks to dance with death and, as a result, put her immortality on hold.

When she died and got to the purgatory (gate of the underworld) where she would transit to the afterlife to reincarnate, she could not; Her inability to pay her death dues was the root. Anubis took a sympathetic look at her and decided to let her pass through the gate to be reborn without any fees.

Something that had never happened before.

Furious by the selfless act of his son, Osiris (the god of the dead and underworld) stripped him of his immortality and sentenced him to death for breaking the law.

Before Anubis died, he was not fortunate enough to decease with his death tax. His replacement, who was envious of him, sent him to the underworld for his atonement, not letting him into the afterlife.

When Khepri reawakened and heard what had happened to her saviour, she was enraged. Immediately, she restored Anubis to his full power. After which, she held a gathering to overthrow Osiris for his lack of empathy towards the dead as he did not know what death entails even if he was the god of death.

When it concerns vital decisions, all the other gods (Horus, Bastet, Geb, Isi, Qebhet, Heka Etc.) assembles to restore order; Particularly in the cases of death since death is something that affects all.

The other gods asked Anubis to carry out his father’s judgement; the death penalty was Osiris judgement.

Death is a mate to no one, not even to the god of death himself.

After the sentence was over and all the other gods dissipated to their various domains, Anubis was crowned the king of death, destruction and the underworld. Afterwards, he began to make adjustments to the obsolete rules set by his father.

He reduced the death tax and demanded that those who could not afford their way into the afterlife get a free pass.

Warmth filled the purgatory and the underworld as these changes brought about peace to the dead even before they went to the afterlife; As for Anubis, Life and work became smoother.

Now, how do I know all these?

Because I died and my soul was a witness, so I thought but, that was the weird dream I had last night after watching Gods of Egypt and reading about my favourite mythologies.

My name is David joe; A great fan of myths and mythologies. This particular dream of mine felt so real that ‘Reality’ would be a fallacious lie.

Little did David know that it was real because he is the original Osiris who died and reincarnated as a human.