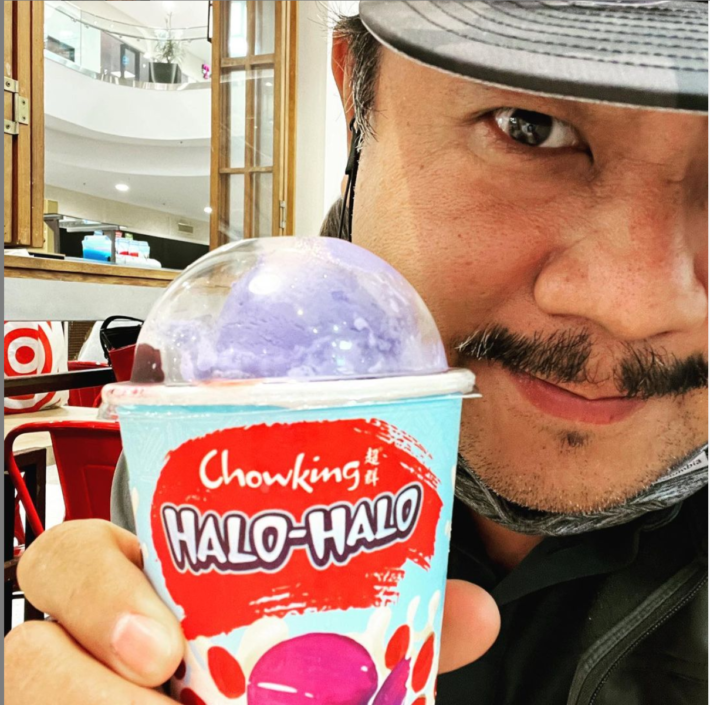 The premiere Filipino-American comedian, Rex Navarrete, returned to Irvine at the Improv Comedy Club. Rex and his truly original brand of comedy took the crowd by storm and gave their abs a work out by giving them non stop belly laughs through out the night. He introduced new material that will be repeated over and over again by your Tito Boy at every family BBQ.

Rex’s unique take on flying home on a certain “Philippine” air line is worth the ticket price and the drink minimums alone. It is an original observation that bangs on every Filipino’s funny bone.

You can catch his new comedic sets on his Original Gago Tour througout the year. Up next for Rex is a show at the Alliance Française Theater, Chicago, IL. The October 9, 2021 show starts at 8:00 pm and ends at 10:30 pm.

Rex Navarrete Explains his Start as a Filipino Comedian

Rex Navarrete grew up in South San Francisco, California. He graduated from San Francisco State University. Rex was one of the first to attend the new Asian American Studies. He often integrates Filipino ethnic studies as part of his act, quoting Filipino history and the diaspora of Filipinos worldwide.

When Rex started as a comedian in the 1990s, he was very open about being Filipino. He was different from many others who limited themselves to identifying as Asian. He brought up taboos like being dark-skinned.

Navarrete enjoys making up one-line two-word comic bits while on stage and then laughs at himself. He focuses on making taboo comments in a funny way. If no one else will go there, Rex will. Much of his inspiration comes from Filipino history as well as his own personal experiences during his forced unpaid childhood labor days at the family grocery story from in Alameda, California next to the naval base.

Rex is a master at making the sounds and noises of the words into multiple meanings. His mastery of word play is in full display as he intertwines Filipino words in the English language. This unique perspective is further evidence that Rex should be on top of your priority list when you need a night of laughs. He is not just the top Filipino comic…he is one of the best comics that’s hitting the stage these days.

SoCal Filipinos – Interview with Rex Navarrete, explains his start as a Filipino comedian in the early 1990s.

Rex has re-released all of his original DVDs. “Hella Pinoy,” “Badass Madapaka,” and “Komik Organik” are now audio downloads or streaminging on Apple Music, iTunes, and Spotify. You can enjoy them on your phones, smart devices, or while riding in your car.

Keep up with the laughs and Rex’s tour schedule on his website. Rex Navarrete is considered to be the first authentic Filipino American comedian with his long history of stand-up since the 1990s.

On the way to your next comedy show to watch Rex, be sure to listen to all material from the past three decades on Spotify or Apple.