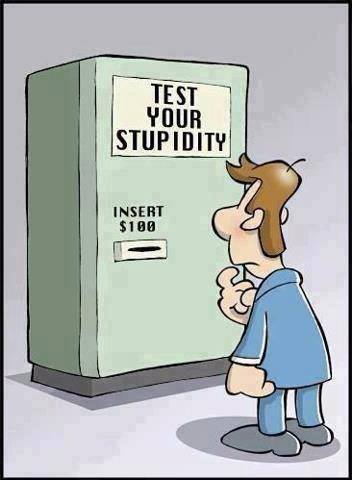 Way back in 2009 when ObamaCare was being constructed, there were two procedural legislative constructs to create ObamaCare, one from the House (Pelosi), and one from the Senate (Reid).
The Senate is structurally built around a process that requires minority consideration to pass law. Knowing this, Nancy Pelosi and Harry Reid needed a system to work around the legislative blocks of Republicans.
The got a bill passed inthe Senate first. The Senate vote hurdles are the tallest (60). The plan was for the Senate Bill to then go to the House for changes, and then back to the Senate for reconciliation of those changes, ie. lower vote hurdle (51).
Harry Reid stripped out an already existing House bill sent to the Senate that was to fund the retirement accounts of federal fire-fighters. The construct of ObamaCare that Reid created used the House Fire-fighting bill as the “vehicle” holding the Senate legislative construct. It passed with only Dems voting on 12/23/09.
The House also passed a bill, but their version was remarkably different, which would normally go to the senate for changes, adjustments and a vote. However, after Wi. elected Scott Brown Jan 19th 2010, Harry Reid only had 59 votes when the Senate returned from the holiday recess.
The only option was for the House (Pelosi) to vote on the Senate bill (Reid) passed on 12/23/09. However, the Democrats could not change anything; because if they changed anything when they send it back to the Senate another full high-hurdle Senate vote would be needed, and Reid had lost that ability.
Nancy Pelosi talked one-on-one with each of the House members, convincing them to vote on the Senate Bill “as is”, even though the Senate bill was highly unliked by massive numbers of House Democrats. It was a plan that depended on modification of the Senate Bill AFTER House passage. That “after passage” modification plan was the reconciliation process.
The House voted to approve the Senate bill “without changes” thereby making it law. At this moment in time the Reid Bill was momentarily the ObamaCare law.
The new law was then immediately modified by a second House bill and sent to the Senate for use in the budgetary technique of “reconciliation”, where only 51 votes are needed to modify an existing bill based on funding, or the budget of the bill.
However, instead of lesser financial details, Harry Reid included big legislative changes in the reconciliation process, and both Reid and Pelosi planned on Obama’s HHS Secretary Kathleen Sebelius using massive latitude (they provided) within rules and regulations to smooth out the details.
The reconciled bill now passed the Senate with 51 votes, and was sent back to the House for a second vote on the changes. The bill now contained the stuff the house formerly demanded. To get the last votes needed, Obama promised an executive order to a group of 19 Democrats led by Michigan Rep Bart Stupak (RE: Abortion funding). With those votes in hand the bill passed the second time with a simple majority.
That’s the scheme that created ObamaCare as it became law.
Without a single Republican vote.
Now, the Republicans are going to attempt to repeal that bill by modifying it; and have to also plan for a full unity road block of Democrats providing them no support. That means the Republican repeal/modification needs to pass the house and senate without a single Democrat vote.
Here’s where it gets tricky…
All of the changes that people want in a replaced ObamaCare bill can only come after the entanglement/modification of the law takes place.
So why not just repeal the entire thing and start over?
Firstly, a clean “repeal bill” would be “new legislation” that would require 60 votes of support in the Senate. That means 8 Democrat Senators would be needed to eliminate ObamaCare. They don’t exist. Secondly…
Oh, and politics… Repeal alone would mean people have immediate loss of coverage and those currently using medicaid certainly would. And not a single Democrat would be in a hurry to create another construct with the 2018 election coming and their ability to say “republicans destroyed your healthcare” etc.
The process takes three phases:
Dismantle the underlying financial construct of the law through new law targeting the underlying financial architecture. This process allows reconciliation (lower vote threshold in the Senate)
HHS Secretary Tom Price rewrites the rules and regulations to focus on patient centered care. Most of the tens of thousands of pages are rules and regulations. Secretary Price uses the new architecture created under phase #1 to rewrite the rules
The wholesale reforms and changes to the law: malpractice/tort reform, purchasing across state lines, etc. are additions -new bills- (higher vote thresholds) to add to the law that provide the changes most ObamaCare critics are demanding.
The End?

More than a Ht Tip to COnservative Treehouse. An invaluable source of quality analysis