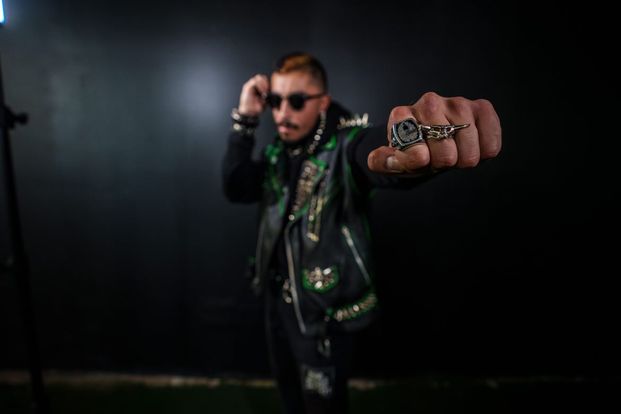 “My name is Randy Alvarez. I’m really stoked to start as well

Born and raised originally in Boyle Heights, California; a now mass gentrified area in the east outskirts of Downtown Los Angeles, he grew up as, “one of many people in a big family.” His family eventually moved toward the valley of So. Cal; a city well known in the SGV (San Gabriel Valley), La Puente.

According to him, he found himself introverted and depressed; a person that was focused on not being motivated. He said his pastimes were scheduled with alcohol and partying.
This is something that is not unknown to many of the youths of L.A.. Definitely one known to the culture of the west coast. He found from what he said to what would be perceived as longing for more from life. He understood his value although his outsights did not have lineage with what he felt he had the capability of.

“I felt that I wanted to be a part of something bigger than myself.” Said Alvarez

For those who are not familiar, Alvarez is affiliated with the growing club, “Punk Rock Fight Club,” also known as PRFC–under main instruction from Knucklehead Tom Tom of the Knuckleheadz. A punk rock L.A. based band which Alvarez which who he plays bass guitar for.

“The (PRFC) built a little structure for me to kind of follow … allowed me to truly, just fully invest myself to just keep going.” Said Alvarez.

According to Alvarez, the training within the club was a “wake-up call.”. He said he started to understand that the lifestyle which he had been living prior to finding a certain brotherhood”, was not conducive to the lifestyle that he always wanted for himself. He knew he needed to make a change.

Randy Alvarez has now become an honorary member of PRFC, a coach, a brother and a member of making a better community. He now focuses on not only bettering himself, but others as well, in accordance with training other individuals with health and fitness, as well as teaching self-defense.

WIth everything and all of his dispositions, they may have been a blessing. He sat at the other side of the Zoom screen adorned with jewelry of a certain fashion and humility with every question being asked and even moreso, with every answer.

The notability that he has gained comes from his hardwork and dedication and hopefully can inspire others to do the same.

But, through all of this, I had to ask, “What does punk mean to you?” as it has been the major culture that has inspired him.

“You don’t need all this “Fuzz” as long as you operate with good intention and you stay true to who you are. That’s what it’s really all about, that’s what punk is. Just be you.” Said Alvarez.

Alvarez will be touring to the U.K. with the Kuckleheadz and can also be seen in the much anticipated promo video for Blink 182’s world tour.