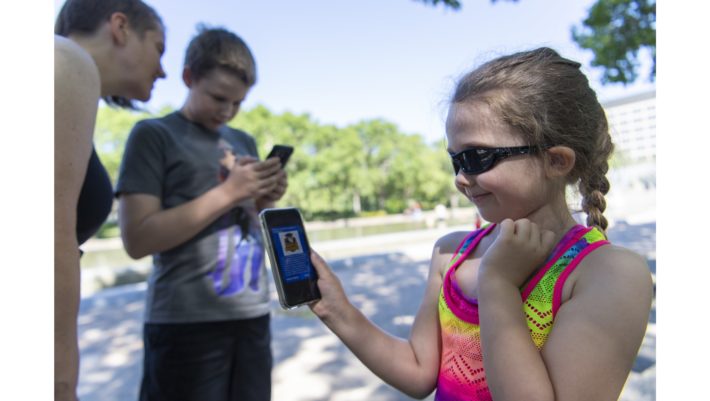 This is an actual transcript of events that took place in my bedroom Saturday night. And get your mind out of the gutter, it wasn’t like that.

Yes, it’s true that kids today don’t read, and it’s sad that Jane Austen’s genius will be lost to time. I imagine Charles Dickens will someday be forgotten as well.

It’s also true that they don’t know how to carry on a conversation. Your average millennial needs as many prompts to converse with you as if you’re trying to talk to an engineer, unless you’re both communicating via text message, in which case they can type faster than they can breathe.

However, when it comes to dwelling in Electronicworld, where we all now exist whether we want to or not, they are indispensable allies, like sunshine and Luke Skywalker. It starts at birth. Before they can speak, they can reboot your iPhone.

And — trust me on this — it’s a good reason to keep them alive past those painful teenage years, no matter how desperately you feel like throttling them senseless.

Yes, they threw all your forks in the trash because they were too lazy to reach from the sink to put them in the dishwasher.

Yes, they’ve swiped all your towels and buried them in a secret government location, so when you get out of the shower, you have to dry off with the bedspread.

Yes, they left the refrigerator door hanging open for four hours while you took them shopping at Costco.

But … and this is a big but, my friends … they know how to work your phone. This will save you 1,922 hours waiting in line at the Apple Store for your shot at the Genius Bar.

Not only do they know why your text messages aren’t going through, they will throw in a bonus fix or two while they’re at it.

“Mom, you’re draining your battery because you have too many apps open on your phone, so I closed them for you.”

Yes, you have to put up with gratuitous eye-rolling and smirking, but it’s worth it just so you don’t have to call technical support.

“Help! My computer screen died!” I’ll shriek at my son as he makes the fatal error of walking past me on his way to leave the refrigerator door open. I’ve already spent 2.5 hours doing the only three things I know that would fix it and nothing worked.

He comes over and hits some sort of magical fairyland unicorn button, and the screen reappears.

“How did you do that?” I ask. He rolls his eyes and says, “Mom. Really. You just hit control-alt-blah-blah-blah.”

OK, so maybe he thinks the word doughnut is spelled d-o-n-u-t. And maybe he’s never heard of Charles Dickens.

But I think I’ll keep him around anyway. Because I don’t think Electronicworld is going away any time soon.