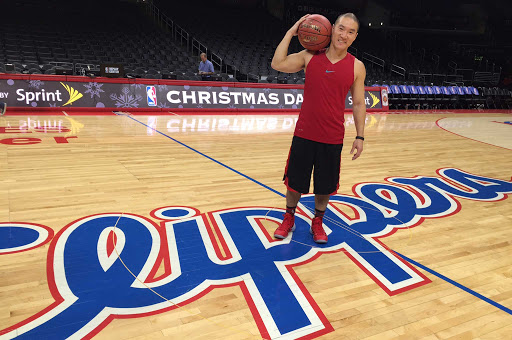 I turn 43 this year and have lived in Orange County (California) most of my life and I can absolutely tell you that racism against Asians isn’t some new fad that just became trendy in the past 12 months or four years even. While it’s easy to blame former President Donald Trump for this recent spike in racist activities, it’s been here for a long time and doesn’t look like it’s going anywhere any time soon. He just gave the greenlight to make it OK to be racist by using terms like “China Virus” and “Kung Flu”.

Growing up in the OC back in the 80’s, there weren’t very many Asians in our neighborhoods are schools. In elementary school, including my sister and me, there were probably 10 of us. Double that count in junior high then triple in high school. And from those, a lot were foreign exchange students. We were young and naïve. Aside from a couple of cuss words, we didn’t know any racist names that were reserved exclusively for us Asians. When I was 12 or so, my neighbor, Mike Alfred, started calling me a gook, chink, and a nip when I’d walk to the bus stop at the end of our block. Ignorance was bliss because I had no idea what those words meant until I asked one of my friends. Their response was “Oh. That’s not good. He’s making fun of you for being Chinese.” So the next time he called me these names, I tried to stick up for myself. But being much smaller, he kicked my ass pretty badly. My sister went over to his house and cussed him out while his mom defending him saying that it was my fault for trying to pick a fight with her son. Not having much support from my parents, we kind of tucked our tails away and moved on.

For years, Mike and his friends bullied my cousins and me. I can’t even count how many fights we got into with him and his other friends. Like literally fist fights ending with black eyes and bloodied faces. Our house being vandalized. All because we were Asian. I felt bad because my cousins had it worse because they moved to the States later. “Zipper head” “Ching Chong” “Go back to China” We’ve heard it all. Just to prove their ignorance, we’re actually from Taiwan. It got to the point where I was almost ashamed to be Asian.

Another incident that is burned into my memory from those young years is when my dad was driving his 300E Mercedes Benz home. He had a “Proud to be American” sticker on the window because we were Americans, or so we thought. At the Tustin exit on the 91 eastbound freeway, a white dude honked at my dad to roll down his window. Then yelled out “you’re Asian. You can’t have a ‘Proud to be American’ sticker on your German car!” In which my dad promptly responded, “You know what? Fuck you!” and drove off. It was that moment when I realized that no matter how successful as Americans we were, we’ll never really accepted as Americans. If that makes sense.

Interestingly, after I got to high school I didn’t face much racism at all. Some jokes here and there, but nothing notable. My friends were predominately white, but the whole race thing never became an issue. Probably some of the best years of my life and it’s a shame that we have to fast forward through it all because there isn’t anything meaty to write about there. Sorry.

Somehow, I made it to adulthood and became angrier and much more vocal about things that piss me off. Racism is one of those things. Not just against Asians, but against every race of people. Those who know me know that I’ll defend anyone that needs it. Even though I talk a lot of trash (probably too much at times), I will always stand up for what is right.

What really got to me was back in 2008 during the Beijing Olympics in China, the Spanish Men’s Basketball Team posted a picture with all of them pulling their eyes back making the “slant eye” gesture. It was totally brushed off and even though a lot of them were NBA players, some still are, it wasn’t addressed by the league at all. Then it started becoming the “cool” thing to do. The Spanish Women’s Tennis Team posted a “slant eye” picture not too long after and people were doing it on their social media accounts. Like what the actual fuck?

Back in 2015, I was leaving a Los Angeles Clippers game where they lost to the Portland Trailblazers in overtime and as I walked out this drunk white guy started yelling and screaming. I told him to chill and he pulled his eyes back and started calling me a chink and making “ching chong” noises like an idiot. Every time I’d go up to confront him, he kept backing up and looking for security to protect him even though he was twice my size. I’m telling you, these racists ain’t shit. Security seeing his gestures and hearing what he was saying to me, did absolutely nothing. Funny, my Facebook post about this just popped up the other day as to remind me not to leave it out.

In the 2017 MLB World Series when the Los Angeles Dodgers were playing the Houston Astros, Yuli Gurriel was caught on camera pulling his eyes back to make fun of Japanese pitcher, Yu Darvish. This triggered drunk idiots in Houston to post “slant eye” pictures on their social media accounts. The league looked into it, confirmed that it was a racist act, and decided the best punishment was to suspend Gurriel for the start of the next season. Just a friendly reminder from the NBA and MLB that racism towards Asians is kind of bad, but not bad enough to take any real action. We really don’t mean shit to them. I actually wrote my blog about this when it happened.

COVID hasn’t made things any easier for us no matter what part of the country that you live in. Florida, Washington, California, Nevada, Texas, and wherever else. In the past year, there have been so many news stories popping up about harassment and violence against Asians because people thing that we’re the ones who started or carry the Coronavirus. Straight ignorance. I’ve had friends tell me stories about how their kids were being harassed at school before everything got shut down. My wife got cussed out by an angry racist in the grocery store parking lot. And every day more reports of Asian owned properties being vandalized and people getting assaulted. It’s all just sickening and maddening.

Just last week, NBA star Jeremy Lin talked about how he is being called Coronavirus when he’s playing basketball in the G League. Back in 2012, ESPN actually approved the title “Chink in the Armor” in a feature about Lin’s struggles. Like, come on now. Can their racism be any more blatant? Lin always chooses to take the high road and kill them with kindness like when Kenyon Martin made fun of him getting braids.

So what can we do about all of this? The main thing is to be vocal and stand together against this harassment and violence. Protect one another. There are lot more Anti-Asian Hate protests and gatherings lately. There need to be more. We can’t sit around and be the model minority that “doesn’t want any trouble” anymore. These racists need to know that we are not to be fucked with. Share the stories that you see to spread awareness. Be diligent. If you see anything happening, step in and say something. In San Francisco Chinatown, there is a sign up list for volunteers to walk the elderly to and from the store to make sure that they’re safe. This is a point that we should’ve never reached, but we’re there.

I’ve made my stance very clear about not using the terms “China Virus” “Chinese Virus” “Kung Flu” or any of those variants. And some people still choose to. Even knowing what’s going on in the world right now. It’s mind blowing. I actually had this conversation with a Trump-apologist family member in the middle of last year. While the former president using those terms aren’t directly racist, they absolutely incite racism and racist acts. By continually referencing China and the Chinese for the Coronavirus, it engrained into people’s minds that Chinese people are the root of the virus. Actually, all Asians since you know they can’t tell us apart. He kept his hands clean by saying that they’re just words and treated his press conferences like a bad standup comedy act pausing for applause for him audience. Let the dummies do the dirty work.

So that you can gauge how dumb some of these dummies are, when COVID-19 hit hard in China, our company Chu’s Packaging Supplies donated thousands of cases of Personal Protective Equipment (PPE) back to China so that people could have protection. We had people commenting asking why we would choose to help the Chinese since they are the ones who released this virus on the world. And how they weren’t worth helping. When we started donating to hospitals in America, some people were saying that they don’t want anything if it was made in China. Good luck, then.

While I agree that at the end of the day, they’re just words these terms prove that words can hurt. If none of my fellow Asians were being attacked because of these words, then I would shut up and go back to editing basketball videos and posting pictures of my baby boy. Hell, I wouldn’t even care if people started calling it the “Ricky Virus” if it meant that Asians around America and the world were safe.

Think about your stance and what you’ve been doing to create change. Sitting around silent and waiting for someone else to take action isn’t going to do much. I am not worried about myself, even though I wish a MFer would. I am worried about my parents, my sisters and cousins, my wife when she’s out walking our baby boy, my aunties and uncles. By “my” I mean yours, too. These racists always attack those who can’t defend themselves because that’s just the type of cowards that they are. You don’t want things to get too close to home before you choose to take action. By then, it will be too late. You can be the difference. We can be the difference.

Ricky Chu is a Taiwanese American freelance writer based out of Orange County, California. He is currently the Operations Director for Chu’s Packaging Supplies, a family-owned packaging supply and safety wear distributor founded in 1985. In his prior adventures, Ricky had been an editor for automotive print publications such as Super Street, Project Car, Scion Magazine, and Performance Auto Sound. He had also hosted and produced videos for performance websites RiceBoyTV and StreetFire. While automotive aftermarket is his passion, Ricky spends his free time watching LA Clippers basketball, editing videos, and raising his newborn son, Skyler Crawford Chu. He is also a self-proclaimed gym rat, germophobe, and steak & whisky connoisseur.