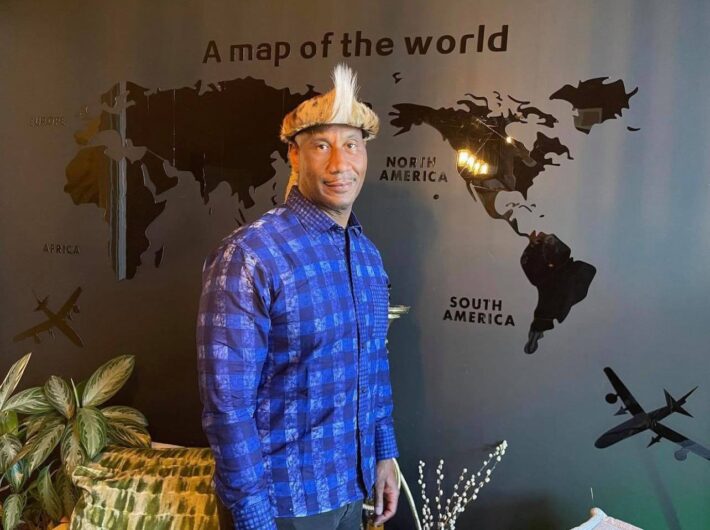 It was a wrongful arrest on August 22, 2014, at the corner of Wilshire and La Cienga Boulevards that forever changed Charles Belk’s life and put him on a “Road To 100 Countries.”

Belk, a USC Viterbi School of Engineering alum, was walking to put money in a parking meter on that Friday afternoon, when he was mistakenly identified as the wrong, tall Black man involved in a bank robbery.

That incident led Belk, who has inspired criminal justice reform laws in 9 states, to go away in 2016 to Costa Rica and Panama for 4 months to write about the incident and the successful nationwide campaign that he launched as a result.

Somewhere along the way, he caught the travel bug, and now, almost 5 years and 58 countries later (beginning at the age of 22), he is still at it.

From Medellin, Colombia – the first international city that he fell in love with, despite the bad reputation that lingered from the long gone days of Pablo Escobar, to the wonderful merged cities of “Buda” and “Pest”, along the Danube River, Charles Belk says his experiences has been tremendously eye opening and educational. “There was just so much about the world, that I didn’t know I didn’t know,” said Belk.  From the crazy monkeys in Thailand, to scuba diving for the first time in the Galapagos Islands, to walking across the Cambodia border into Thailand and then taking the slow moving train to Bangkok, Belk has not quite seen or done it all yet, but he certainly has seen and  done a lot!

While Belk does not consider himself an “adventure traveler”, he has, swam in shark infested waters off the coast of Greece, did the 26-mile, 4 day hike up to 14,000 feet along the Inca Trail to Machu Picchu, and walked the backwoods of the ancient temples of Angkor Wat

“I have always wanted to travel the world, but I actually saw it playing out a lot differently in my mind back in the day; you know 5 star hotels, first class flights, all the bells and whistles,” Belk shared.  “But, I must say, landing in cities, not knowing where I’m going to stay that night, because I hadn’t gotten around to booking an airbnb, or taking the local transit system across town instead of having a rental car or taking Uber, makes the experience all the more enlightening.”

Charles enhances his traveling experience by picking a city every now and then and using it as his “base” and spend much more time in that location; almost taking up residency.  Such was the case with Medellin (Columbia), Budapest (Hungary), Lisbon (Portugal), Kuala Lumpur (Malaysia), Nairobi (Kenya) and Johannesburg, South Africa.  Albeit, the latter, which is his most recent trip, was a year and half extended stay that initially was due to the covid pandemic.  Although Belk was “locked-down abroad,” he made the best of this stay by doing more vlogging to his travel alter-ego page, @blackmanANDabroad, and even launching an online travel show, “Just Pack and Go with Charles Belk”, (@jackpackAndgoTV).

When asked what has been his most memorable travel experience to date, Belk responded, “By far, Lesotho!” [Lesotho is one of only 3 countries completely surrounded by the territory of another country; it is enclaved within the borders of South Africa.]  “I went with a friend of a friend, to his uncle’s funeral service.  It was truly a once-in-a-lifetime experience for an American, I think.  From the digging of the grave by the men of the village the day before, to the all night ritual the night prior to the funeral, to the sacrificing of the cow, I have never experienced anything like it.”  The story becomes even more fascinating given that all of this occurred in a mountain village in the northern part of Lesotho without running water or electricity. “I think we as Americans, and other citizens of fully developed countries, may sometimes take it for granted, just how good we have it. But the beauty of interacting with the people there, is that for them, that’s what they know and what they do, and seemed to be completely unbothered by it all.  I LOVE that!”

From the Uber driver in Nairobi who became his “Kenyan Cousin” for the next 3 months while living in Kenya, and a Chinese mentee in Kuala Lumpur, to almost being arrested and / or shot for taking a selfie in the opposite direction but mistakenly appearing to be taking a photo of the Ethiopian Presidential Palace in Addis Ababa, Belk seems to have enough stories to fill a few chapters of a book.

Charles has built up an impressive list of countries that he has visited thus far, including (from most recent to his very first country when he graduated from Indiana University Kelly School of Business and before he started his job on Wall Street as a government bond trader):

Just recently arriving back in the US for his mom’s 90th birthday, from almost two years in Africa, including time in South Africa, Kenya, Ghana, Côte d’Ivoire, Senegal, Ethiopia, Rwanda, Tanzania, the Kingdom of Eswatini (where he was actually featured in the cover photo on the countries official Facebook page wearing traditional clothing), Botswana, Lesotho, Namibia and Mozambique, Charles Belk is determined to hit 100 countries in the next 4 years.

When he first started this adventure in 2016, knowing how he likes to create change, when he feels change is needed, he vowed to remain uninvolved in the local community and leave all countries, cities, neighborhoods or villages as he found them.  “I was really proud of myself with that declaration, which was my version of the Star Trek ‘First Contact’ philosophy.  And, it actually lasted for a couple of years.  Until I was so touched by the level of poverty that I saw in the Kware Slums in Ongata Rongai, just outside of Nairobi, Kenya, that compelled me to raise money for a recuse center in that community. Just recently, I help a young Kenyan artist from the Mukuru Slums in Nairobi, mount his first solo exhibition in Johannesburg, and we were able to donate one of his paintings to auction to raise money for a youth arts program in Alexandra, a township in Johannesburg similar to the area that the artist grew up in in Nairobi.” So much for Charles Belk staying uninvolved.

Where is he off to next? “I will be ‘summering’ in the Ukraine,” Belk laughingly commented. “There are so many countries nearby, and I am hoping to visit 10 new countries this summer alone.”

Wow, Charles Belk, has taken life throwing you a lemon, and visiting lemon farms around the world to a whole new level!