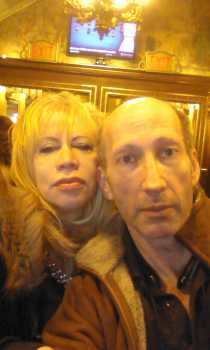 Hedwig. A no BS Review.
I’m not a good reader of reviews.
I’m very impatient and I just want the bottom line in that same unsympathetic way my parents had to endure my report cards.
And I am not a good writer of reviews. If I was a chorus teacher and your kid couldn’t sing for crap, I think you should know. Actually, I think you already knew it and you just needed me to break the hard news to him and start the paper trail.
Brace yourself, here comes the review and it will leave just as fast. It is a highway sign announcing that you are entering a town with a population of 1 – and then the sign that you have just left. It is an old Louisiana speed trap.
My review of Hedwig on Broadway.
It was amazing. Go see it you’ll love it.
If it’s not your type of show then you gotta look deep into your life and try and figure out what’s gone wrong, why can’t you laugh, why can’t you enjoy some great music. Whatsa madda wif you?
End of review.
While I am at the keyboard I’m just gonna keep on typing. The wifey is watching some girly show and the cat is fat and sitting by her side. If I put the keyboard down she’ll ask me to sit with her and watch the subversive pinko show with her. The cat is territorial and very protective of her food giver. So I am only wanted on the couch by 50% of its occupants. I will wait until the numbers are more favorable to me.
So I’m gonna keep on typing, don’t feel obligated to read on cos I don’t give a shit.
I first saw Hedwig and the Angry Inch at the urging of a reliable ticket pusher that used to work the TKTS booth on 47th street. He was paid by the theaters to recommend shows to out-of-towners who were stupefied at all the choices and couldn’t make up their mind. Without helpful intervention, all tourists would go see Phantom or a revival of Sunset Boulevard, so you need the Paddy’s out there pushing tourist’s butts into less worn seats. Paddy suggested Hedwig, a show that had just opened; Paddy was very cool, wore a colorful artist’s beret and was uber fashionable, he had different colored suspenders every day.
It was 1998. I had just sold my Wall Street firm but kept my office. I needed the Jaws of Life to remove me from my desk and chair.
Over the next two or so years I had seen the show about 8 times with several different performers in the title role. Every time I saw it I was disoriented, each actor interpreting the role in their own, unique way. Each adding or subtracting little bits and pieces. Michael Cervaris was the most physical; his body transformed the character into something else. Ally Sheedy, saw her twice, when she was bad she was bad. But when she was good she was electric.
And then it shut down.
And then last year, 14 years after it ended, it began again. This time on Broadway and not the artifact Jane Street Theater (The Jane Street Hotel housed the survivors of the shipwreck and that fact was referenced to great effect by Hedwig.)
Seeing the show performed by Neil Patrick Harris was amazing. Then he left and was replaced by Michael C. Hall (Dexter) which I chose not to see.
Now Dexter has moved on and John Cameron Mitchell, the shows author, was incredible. He is the best Hedwig. He is the funniest, the most empathetic and at the shows conclusion, the best at putting the pieces together for the audience, that finally Hedwig is freed from something. That the evening was cathartic for Hedwig.
And it was cathartic for me. Its (about) my tenth time seeing the show in 15 years. So much has changed in NYC and in the world. The view is a little different and so is the viewer