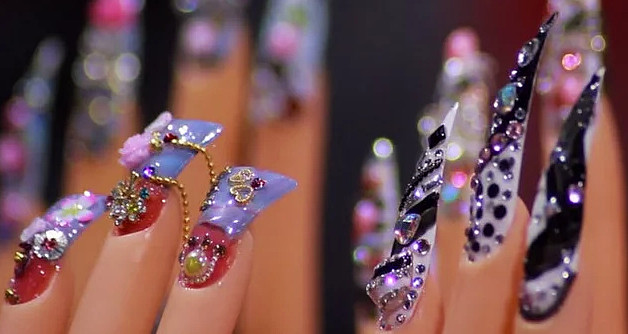 The documentary The Donut King and its explanation of the Asian domination of independent donut shops in Southern California has piqued another question. Why do Vietnamese people run most nail salons?

About 40% of independent nail salons nationally are operated by Vietnamese. Those numbers hit as high as 80% in Southern California pre-pandemic times.

Like many other Vietnamese origins of American life it stems from the Vietnam War. In 1975 at Hope Camp (refugee camp) outside Sacramento is where it all began. She is known as an actress; most famous perhaps from Alfred Hitchcock’s classic film The Birds. Some may know her as actress Melanie Griffith’s mother, or for the younger generation, actress Dakota Johnson’s grandmother. In the Vietnamese community she is known as the Godmother of Vietnamese Nail Salons.

Tippi Hedren would visit Hope Camp to offer charitable aid to the refugees with the goal of helping them assimilate into the American culture and life. A number of the women at the camp were fascinated with her manicured fingernails, which led her to the idea of helping them learn to become manicurists. Ms. Hedren convinced her own personal manicurist to come very week for about two months and teach about 20 women the art of manicuring; sometimes allowing some of the women to practice on her celebrity fingers. She then assisted the 20 initial women with acquiring their licenses to practice their craft.

The 20 women went on to start nail businesses of their own. As more refugees came, they went and shared their knowledge that was ushered by Tippi Hedren. To this day Ms. Hedren still meets with some of these women that she met so many years ago at Hope Camp where she truly did offer hope and a future for these women starting new lives in America.