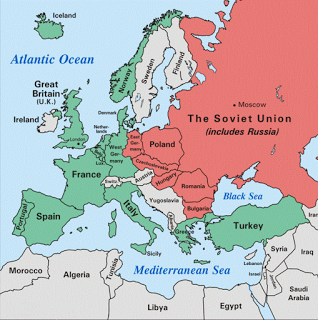 Rose also indicated that my undergraduates should “Read the paper a little more carefully. For instance, consider; and a) the language in the paper about endogeneity b) Table 7 which explicitly makes the point about different currency unions. “Actually, let’s do that. When I search for “endogeneity” in the article, the first hit I get is on page 8, where it is asserted that including country-pair fixed effects controls for endogeneity. Indeed, it does control for time-invariant endogeneity. But if countries, such as India and Pakistan, have changing relations over time (such as before and after partition), this won’t help.
The second hit I get is footnote 7: “Our fixed‐effects standard errors are also robust. We do not claim that currency unions are formed exogenously, nor do we attempt to find instrumental variables to handle any potential endogeneity problem. For the same reason we do not consider matching estimation further, particularly given the sui generis nature of EMU.” [the bold is mine.] Actually, a correction here: my undergrads reported that the FE standard errors are actually clustered, but this is a minor point. You may not claim that currency unions are formed exogenously, but, as you admit, your regression results do nothing to try to reduce the endogeneity problem. And, this, despite the fact that I had already shared my own research with you (ungated version), which showed that your previous results were sensitive to omitting CU switches coterminous with Wars, ethnic cleansing episodes, and communist takeovers.
Also, the “For the same reason” above is a bit strange. The sentence preceeding it doesn’t give a reason why you don’t try to handle the endogeneity problem. The reason is? In fact, a matching-type estimator would be advisable here.