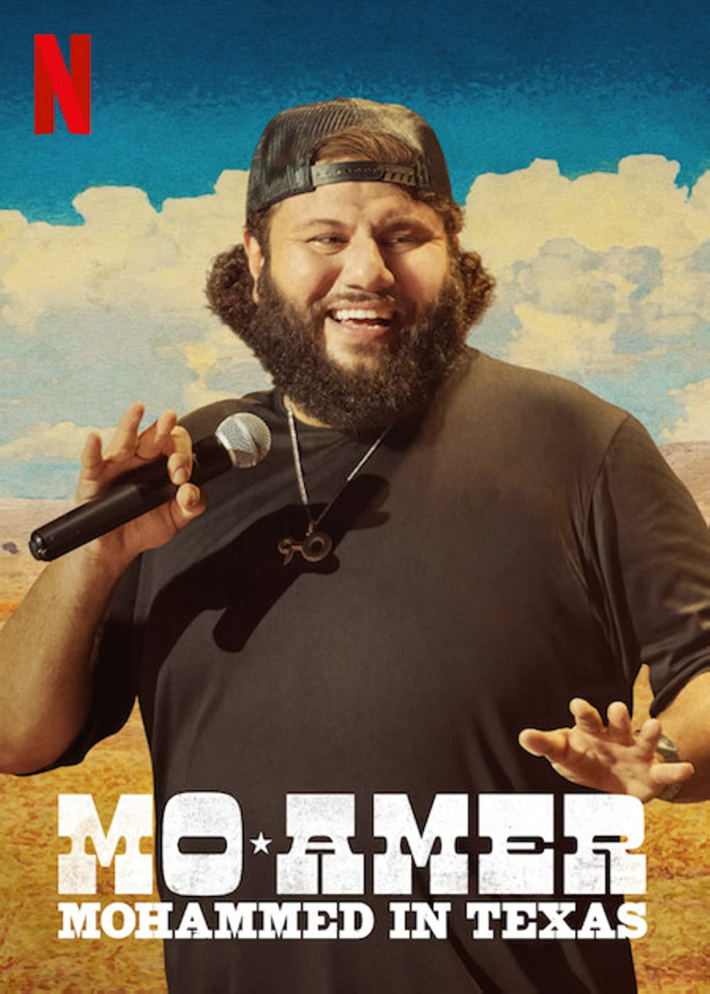 Before I saw Ramy on HULU or Mo on Netflix, I didn’t know what Ramadan or Wudu was. I didn’t know dogs were Haram (forbidden or proscribed by Islamic law) or that tofu was Halal (permissible). I longed for an elder to call me Habibi (a term of endearment meaning ‘beloved’) and I wanted to end praise worthy statements with “inshallah” (if Allah wills it). After three seasons of the fantastic Ramy–the brainchild of comedian and actor Ramy Youssef–and the one season of Mo–brainchild of comedian Mohammed Amer who also co-stars in Youssef’s Ramy–I’ve come to the conclusion that these two gifted entertainers have invited me so warmly into their specific worlds and cultures that I’ve not only understood it better but had a burning desire to be a part of it. In other words, they’ve made Islamic humor completely mainstream.

I looked up Mo Amer and his style of humor and it mentioned Islamophobia. That sounds much harsher than it really means, but I get it. It’s almost a style of extreme self-deprecating but on a larger, cultural, and religious extent. Since 9/11, American (more specifically white-American) comedy has labeled Islamic culture and people to an extreme “other.” Going as far as to scapegoat Muslim people to “enemy” status. Islamophobia is a comedy style that aims to take back that xenophobia and racism and extreme categorization and embrace and empower the culture again. When Mo Amer performed at the Irvine Improv this Friday, Oct. 21, 2022, one of the opening acts mentioned how there were so many brown people in the audience he thought it was a doctorate graduation ceremony. That’s a much more positive example of the comedy style but you get the picture. Mo Amer, the headline act, went into a much more specific story of Taxi Cab drivers in Egypt that recalls the almost family nature of Arab culture and traditions.

I’ll admit, I didn’t understand most of Amer’s bits during his show at the Improv. They were very specific to his voice and I’ve never seen his Netflix specials or his show (but I will now). My only exposure to him is through his co-star appearances in Ramy and he is portrayed as a much more extroverted, obnoxious, and matter of fact version of Ramy’s character. Ramy Youssef’s comedy is also of the Islamic humor and Islamophobia variety, but in a more introspective and observational manner. Think of a hipper and more modern Islamic version of Seinfeld and Larry David. In many ways, Ramy is a descendant of that “comedian with his own TV show” that they were giving away like candy in the late 90s. A closer descendant, generationally and style of humor wise, would be Jerrod Carmichael whose The Carmichael Show only lasted 3 seasons (from 2015-17) but who also used his humor and platform as a framing device and opportunity to speak about larger issues in his own community.

In that sense, Ramy and Carmichael (who is an executive producer on Ramy) are much bigger revolutionaries and–dare I say–iconoclasts than their predecessors. For Jerrod Carmichael, whose show layered the groundwork for social think pieces disguised as an old fashioned multi-cam sitcom, he was telling a story in a seemingly conventional way with broader issues that needed to be addressed. It was a hilarious show. Specifically from the performances of David Alan Grier, Jerrod Carmichael, and a then relatively unknown Lil Rel Howery & Tiffany Haddish. I just don’t think the tone shifts gelled too well for it’s audience. As for Ramy, it’s a fascinating dramedy about religious guilt and self-identity in the context of a variety of perspectives across multiple characters in his family. Of course having A24 produce what seems to be a 10-episode indie film season doesn’t hurt the prospect to be creatively daring and liberating and unconfined to a general consensus and studio that would focus group every process of the production to death.

The 3rd season of Ramy takes that notion and goes even further with it. (Minor spoilers for Ramy Season 3) Ramy, at this point, is going through a spiritual crisis after the events of Season 2. He’s found something he is good at: taking his position in his uncle’s Diamond District business to another level through digital and social media marketing. But there is a deep yawning chasm in the center of where his devout religious beliefs used to be and that he’s renounced for personal and romantic reasons. It’s a struggle that gets downright depressing, especially in the final episodes of the current season. But I’m glad that they had the creative freedom to go there and they wouldn’t have had it been a traditional sitcom. As a first generation Asian-American born to immigrant parents, do I identify with Ramy and sympathize with his pains and struggles? Sure. But more than that, it’s damn entertaining content. And it’s making a once unjustifiably hated and spited culture hip, trendy, and more importantly, empathetic. Now we just need a Viet-American comedian to shake up the zeitgeist. Let’s go!