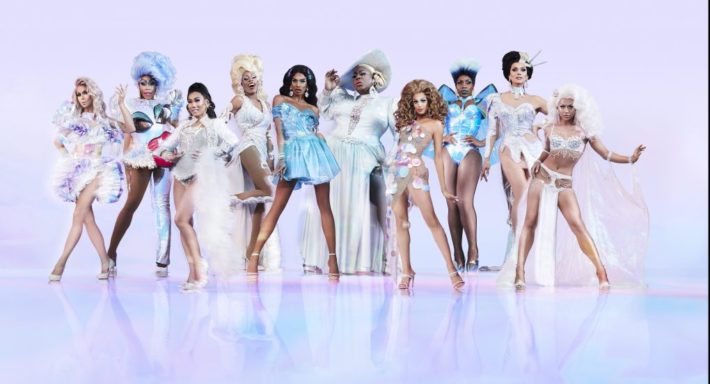 But she has fierce competition ahead.

Back for the fourth season, the reality competition pits ten returning contestants against each other for a seat in the “Drag Race” Hall of Fame. The royals include L.A. locals Farrah Moan, Gia Gunn, Manila Luzon, Valentina, and Masters all strutting their stuff beginning Friday, Dec. 14.

“You know what? I’m just going in to play the game and bring some money home,” Masters said.

Until recently, Masters – the stage name of drag performer and actor Martell Robinson, 42 – has kept her involvement in the “All Stars” quiet.

When she accepted the invitation to compete on the new season, she said she was scheduled for a drag tour Down Under. Everything was set – the flights and hotel rooms were booked and Master’s face was plastered across advertisements across Australia promoting the tour. At the eleventh hour, she backed out by coming up with a believable excuse.

“I believe I said I lost my passport or my passport expired,” Masters said, with a laugh.

After entering a drag contest and winning Patti LaBelle tickets, Masters was born.

“I never wanted to be a drag queen – never,” she said. “But once I started doing it, I started realizing I was making good money. It’s been my job ever since.”

But she said it was taken out of context.

“I’m very sociable, so I’m on Twitter, Instagram, Facebook and in these group chats with all these different fans,” Masters said, adding that was all in the past.

For her, it’s all about the art.

“If all you think drag is about is wearing lingerie you’re wrong,” she said. “Drag is an art form. It’s the way you express yourself.”