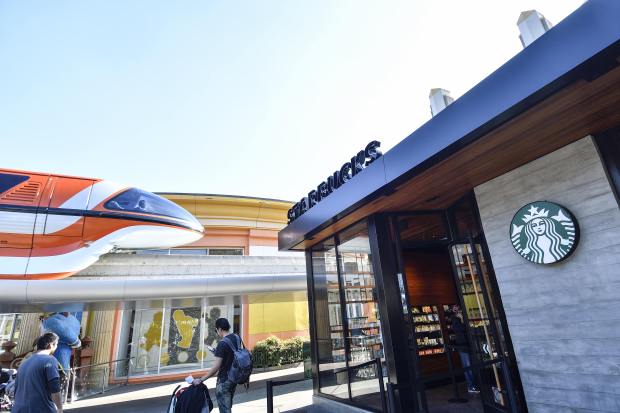 Need that cuppa Joe right now? Well, you might be happy to know that the second Starbucks in Downtown Disney, on the west side of the mall, has now reopened. It shut down in June, along with other adjacent businesses, in preparation for construction of a new Disney hotel.

But the hotel was canceled and the area remained something of a ghost town, surrounded by the closed Rainforest Cafe, the closed ESPN Zone, the closed AMC 12 Theatres and such. The popular Earl of Sandwich restaurant recently reopened, however. And, now, so has Starbucks.

There is a larger Starbucks store on the side of the outdoor mall closest to the entrances to Disneyland and Disney California Adventure. There’s also a Starbucks on Main Street, inside Disneyland. But, apparently, park-goers like their java. So this one has returned.

Some people have speculated that the Rainforest Cafe could also reopen — although its fixtures were all removed. The ESPN Zone would be less likely, as it was already the last of its chain to close. A new home for the AMC theaters is already under construction at the Anaheim Garden Walk, where the House of Blues that formerly was in Downtown Disney has relocated.