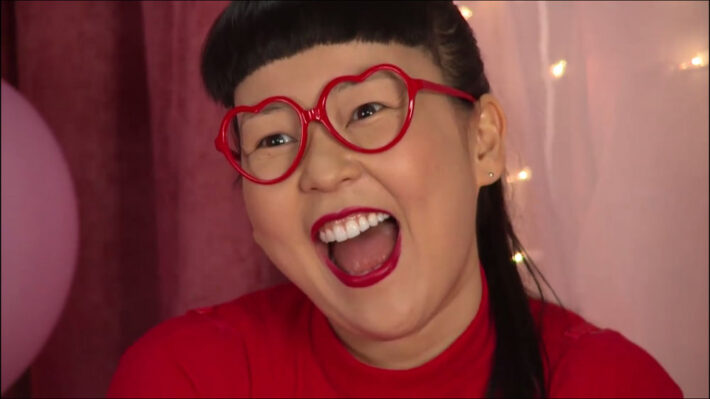 The 2022 Hollywood Fringe Festival (HFF) winner for “Best Solo Show”, ‘Made in America‘, tells the hilarious, tragic and triumphant life of Teruko Nakajima. According to IMBD, “Teruko Nakajima is an actress, known for Free Byrd (2021), Monster Challenge (2018) and Lady Dynamite (2016).” She is also notable for her part on the hit shorts for “Funny or Die,” labled TERUKO TIME; co-created by the well acclaimed actor and comedian, Will Ferrell and Adam Mckay.

The autobiographical one person show dives into the life of a first-generation Japanese artist and the obstacles that came with coming to America from Japan.

‘Made in America‘ has been described as a show about “humanity” by HFF. Written, produced and performed by Teruko Nakajima along with the accompaniment of her dog Titi. The one-hour show addresses personal and social issues that aren’t given much attention to in major outlets.

The piece has been hailed by Matt Chait–owner of The Complex Hollywood as, “This show, which just won “Best Solo Show” of the Hollywood Fringe Festival, is about the hilarious, tragic, triumphant life of Teruko Nakajima. You have never heard about a life like this, and you have never met anyone remotely like Teruko. Is she good? No. She’s absolutely phenomenal.” Said Chait.