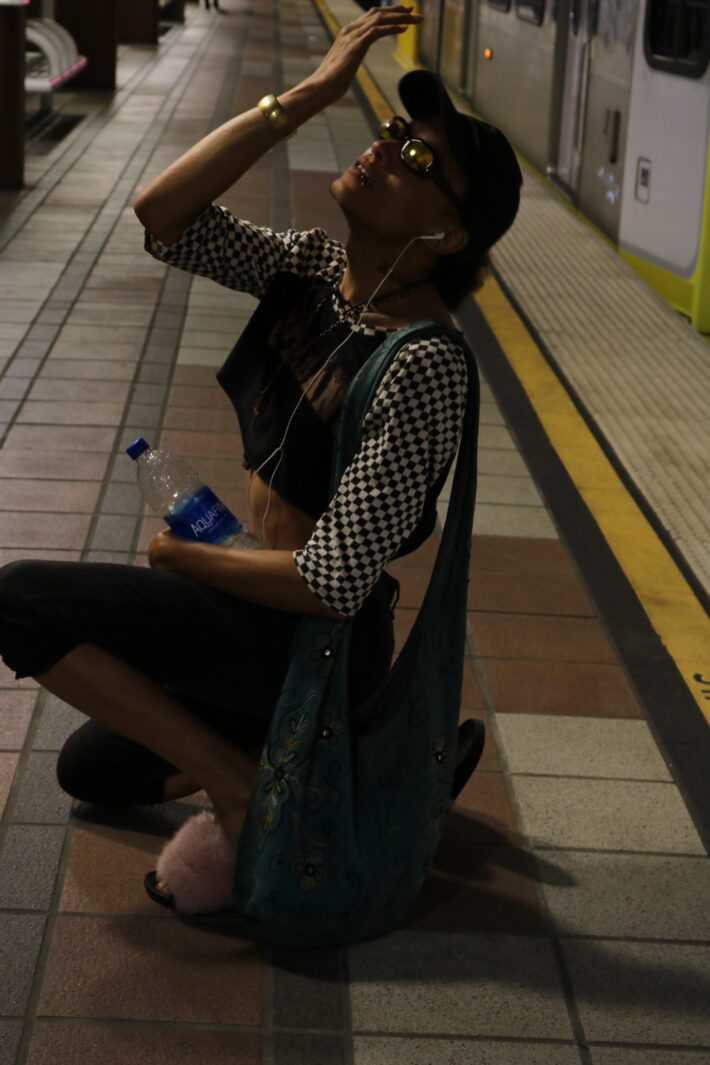 Public transportation is essential around the world. As of 2018, A study conducted by National Geographic showed that 58 billion people that year had utilized this form of travel. Guess who came in last–surprisingly to me, America.

I live in Los Angeles. The City of Angels. We are a demographic of diversity and culture. I am a proud member of a city that many rush to; just like Paris, Japan or New York. I love my city because of this, and honestly, I should be. We are a city that has been through hell, our grounds are built on the land Indigenous ruins, but L.A. is beautiful. Los Angeles carries walled art along its skin, preaching its own story from the people that live here.

The architected city-line can be seen from various areas in and around the metropolitan downtown. Buildings that carry the history of Los Angeles are beautiful sometimes from afar, but when seen and thoroughly dissected, can be scary and cautioning. Blankets and tents align the streets below the monster edifices. Signs that can only be read from the heavens, name each giant. Buildings like the U.S. BANK and Cypto.com Arena play a huge part of the personality that L.A. is.

The glitz and glamor that has been documented through media give an allowance of a misconception of what the actual layers that this city carries. This misconception allows an objective counterpart to who the REAL residents that live and travel throughout the city.

Union station is a community within itself. People living, planning, scheduling and bumping shoulders, hips and sometimes heads, is the complete attitude that the station carries as well as the sister lines that run like the veins of Los Angeles; connecting to the spinal cords and neuron system (culture and the people), that this beautiful city lives for, lives off of and consists of; whether you like it or not.

The transit system that runs in this playground can be a scary one. The ‘riff-raffs’ and gentle beauties play the final roles that color the tracks of this system; playing their own staring-roll in the crayon box that makes the upper and under-ground of Los Angeles beautiful.

Jagged edged of worn concrete walls and dismembering buildings, were what I saw through my journey from Covina, California to Long Beach, California. I was heading out to an art show and I had no idea how to navigate how to get there. My trip was being planned by the misused phone that was my only friend through the journey. I was heading out though. Cracked screen phone screen glass in hand. The life of a journalist doesn’t pay you much. It’s not for the faint of heart or for those which of whom love sleep.

The underground universe, is one that I had never traveled even as a Los Angeles native, opened my eyes and my notepad.

Some of Los Angeles’ homeless population seek refuge in the tents and encampments along Skid Row. The subways of the city have created a sanctuary for some of the displaced individuals that have decided to make this metro their home. This ‘Underground Railroad’ guards them from the streets up above. I can only Imagine the fear that some of these people feel, not knowing what the next day will set for them.

My ticket was never checked.

As I was trying to scan my TAP card to meet my railway schedule. A man—dressed in a trench coat and boots–worn and torn–motioned to me and opened a gate that was not properly secured. He knew this land. He smiled and nodded to me as I made my way through. I had paid for my ticket yet was not admitted. There was no guilt.

As from what I could see–just like tents and the encampments along Skid Row—the halls of the subway were clamored with these same tenants. Blankets and homeless signs paved the way to my destination of my scheduled ride.

Did I ever feel threatened, no. I made it to my destination without foul.

L.A. is wonderful and the transit shows a lot of who we are. Some might see the grime that undeniably scathes the city floors and take ofense to it. Others see economic transit in a city that is known for its high-exspense.