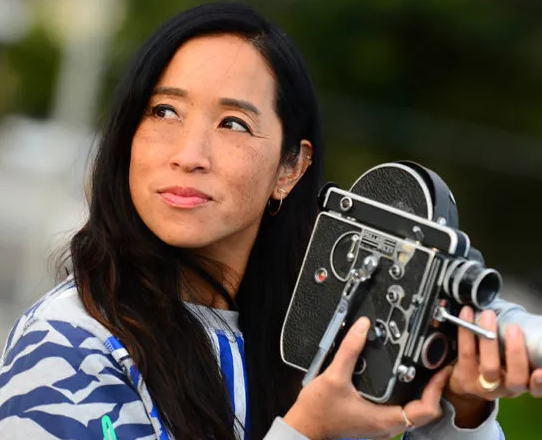 Rejected by every grant, she applied to fund “The Donut King.” Alice and José Nuñez, the producer, believed in it so strongly they never, ever gave up. The best advice Alice ever received was years ago – Keep working at it. She has and never stopped since. Alice gives this same advice to others.

Alice stumbled upon the story of the Donut King shortly after giving birth to her last baby. Gu said the best things come when you are not looking. Her new nanny introduced her to the concept of Cambodian donuts. The more Alice checked into it, the bigger the story became, to the point she just had to do a documentary.

Following the success of her debut as director of “The Donut King,” Alice will be directing more documentaries. Executive Producers Jose Nuñez, Paul Kawasaki, and Marthinus Lamprecht started Logan Industry. It is a full-service commercial, film, and TV production company. Alice joined the Logan Industry family as soon as it was established.

Logan Industry and Alice are working with Scott Free on the scripted version of “The Donut King.” Jose explains, “we have several other feature projects, as well as commercial opportunities.” Alice will be handling all of them.

Growing up Asian in America

Alice never realized the difficulties her parents went through when they fled Communist China in 1949. Researching for “The Donut King” documentary gave her insight into her parents’ past.

Alice Gu grew up with a foot in both worlds, Chinese and American, as she watched her parents work hard. Alice attended Chinese school on Saturdays, knowing her friends were watching cartoons. She wanted to be more American like her friends at school.

Growing up in Palos Verdes, she never gave her parents’ past a thought. Born and raised in LA, she had many friends and took lessons in piano, ballet, tennis, and other activities. She enjoyed sleepovers and hamburgers. She was able to seek the career of her dreams, although she wanted to be a teacher as a kid.

Alice left Palos Verdes Peninsula High School for college at UC San Diego. Alice’s parents discouraged her from learning to surf while she was going up. Her older brother introduced her to surfing while she lived in La Jolla, attending UCSD. Being in her early 20’s, she was free to learn to surf and took to it with a passion. “Surfing is my reason for being,” Alice said. If it weren’t for filmmaking, surfing is really what Alice would be doing every day.

Alice Never, Ever Gave Up early in her Career

After receiving her BFA degree from the University of California, San Diego, she became a still photographer. Shooting still photos for the music industry; Sony Music, Warner Brothers, and Geffen.

To expand her creative vision into the film industry, she started working in films by answering telephones and pursuing a career in the motion picture world. Alice loves being behind the camera. She worked hard and began at the bottom, learning everything she could. After that, her film career followed an upward trajectory.

Learning From some of the Best

Her love of photography stood her well. She was able to work with some of the best film people in the industry. People like Rory Kennedy, Stacy Peralta, Werner Herzog, Frieda Lee Mock.

Alice continued her cinematographer work in 2021 with – “Remember” – “The Hiraeth” – and “The Exquisite Continent” (not released).

Working as A Minority and Female in the Film Industry

Alice Gu had to work harder, smarter, better, to be on top of her game. She had to stay busy and continually working because she was a minority and a female.

How has Alice been able to be successful in her chosen career? Alice believes hard work is only part of the story. She believes an element of timing and of luck factor into growth and success. And as crucial as hustle and grit are optimism and confidence. Focus and setting your intentions work like magic.

Alice is in the early stage of her next documentary. It is about multinational monopolies and their complex workings.

Alice enjoys surfing so much she travels the world in pursuit of the waves. She also enjoys snowboarding. On top of everything else Alice is being a mom and putting her children to bed at night.