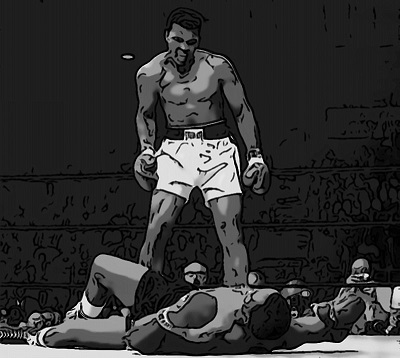 Are you a humble person? There is no test so how can you be sure? Will others agree or disagree with your self assessment?
Humble is defined one way in the dictionary. It’s clinical definition is a person who has a lower economic or social status.
Language and its components are fluid, in common usage ‘humble’ can have another meaning with direction and little precision. It is not mathematical or a recipe or an equation so there is no sum of parts that proves you, or me to be humble, or not. There is only our connection to others and the durability of the bond.
If someone were to say “that person is humble” It can infer someone who does not draw an absolute distinction between their individual importance and that of others. Their mass on a human scale is not weighed against the contributions of others. The humble person does not conceive of themselves as a volatile currency. This is one attribute of social intelligence and perhaps it is the most elastic type of intelligence.
I believe a humble person feels kindred to humanity. In some magical way they are tethered.
Qualifying someone as humble is subjective to the observer and it’s usage is framed by their experiences. Observing two people, silently doing the same effort can be categorized differently, one graced with being humble, the other merely doing a mechanical action without the humble attribute.
To imprecisely correct for that bias I think humble must not be a passing flu like symptom.
It’s a sustained quality that they possess and continually exhibit. So in my imperfect construction of ‘a humble person’ I must also say what they are not. A humble person is not assigned by religion, political association, race, education or any layers of the onion too far above the heart and mind.
Humble can either be possessed at birth, acquired from loss and reiterated learning or it may forever be neglected. That person who chooses to neglect humbleness cannot appreciate the gift in others because they are not attached by that same cord.
It has been my experience from all the people I have known on both sides of the humble seesaw that humble people define themselves by who they are, not what they are.
It’s a life changing difference.
A residual value that a humble person collects is they recover better from loss. Humble people change better and adapt and humble people can be deeply honest with less effort because it does not jeopardize who they are
Why this post and why now?
I wrote this as an epilogue that solves many recent posts and ther riddles.
Zenefits spiral down is now accelerating. Even a casual observer can see the nose is pointed down. Zenefits management and its investors thought they had invented a goose that could lay golden eggs. Then the goose crossed unicorn highway and it got run over, again and again. My timestamped thoughts on Zenefits are here
Twitter aspirations are over. They will sequentially lower their bar to be a niche social player. They made enormous mistakes but none greater than not possessing humblesness at their highest levels of operational management. Buying everybody lunch and breakfast every freaking day with shareholder money is not a display of humbleness, its largesse and entitling your workers. Their management was so smug during the IPO road shows that I, and many analysts and fund managers I know, rooted against them with every earnings release and conference call. For the record, smart people don’t tell everybody their smart, they do smart things. I wrote this buyer beware the day before the IPO
Ronda Rousey kept on touting herself as the next coming of Mike Tyson. Mike was one of the greatest athletes of all time I spent some time with him during a few different periods in his life and it was like a time lapse of a building being constructed, then demolished, then rebuilt and demolished again. And now he is bigger and better than ever before and this building is staying up. For her to compare herself to Mike Tyson referring to his boxing prime reminded me of all those entrepreneurs who insisted that they were going to be the next market titan. Being a recognized and profitable market leader is not foreseeable at the earliest stages,there are to many variables. And there is luck. Mike Tyson was always humble, even at the end of his career when he was just fighting to pay back the IRS he understood that one punched landed onhim differntly, things could have been different. Rousey challenges Floyd Mayweather to a fight and conducts herself in a way of a person who is untethered to humanity and their obligation to be a role model. I wrote this before she got knocked out by Holly Holm. I wish her well and I hope her story is not over. Sometimes people become humble and come back better than ever. Good luck Ronda
I began this post with the featured image of Muhammad Ali. It is a classic photograph of Ali doing what he does. Ali regularly came to my school to film skits for Candid Camera. I was 10 years old and went to PS41.

Ali is a 3 time world heavyweight champion, a Vietnam war activist that gave up his career without any assurances of being able to restore his living. Yet this is how he defined himself and his life when asked by George Plimpton how he would like to be remembered when he is gone:
I’d like for them to say he took a few cups of love, he took one tablespoon of patience, teaspoon of generosity, one pint of kindness. He took one quart of laughter, one pinch of concern, and then, he mix willlingness with happiness, he added lots of faith, and he stired it up well, then he spreads it over his span of a lifetime, and he served it to each and every deserving person he met.