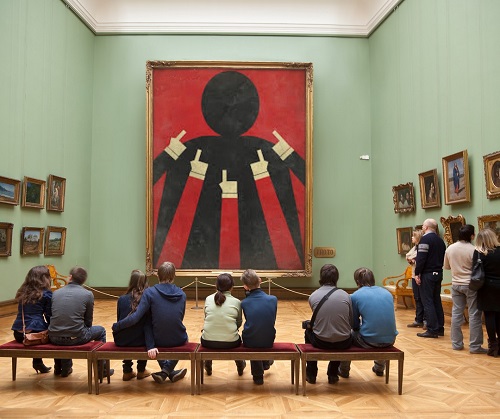 I don’t watch much TV. I don’t like commercials, either the shorter form explicitly paid for and selling an explicit product, or those implicitly paid for and selling an implicit product.
The only time I let TV get pumped into me is at the gym when I am doing treadmill. I usually run somewhere between 1 hour and 3 hours. That’s a lot of TV. I flip between CNN, MSNBC and FOX. I don’t have any preference in the three. If you like Trump you watch Fox. If you detest him you watch the others. Choose your own reality.
Sometimes, between the breathless Trump Op Eds disguised as something else, is breathless Op Eds about the economy and proposed fixes.
Serious looking people wearing ties talk about their policies to transfer income from one to another, reduce inequality, help specific groups, or enhance some sense of social justice, at the expense of dynamism and growth,and that more Federal control of the labor market will increase wages, productivity and economic growth for everyone.
The experts advocate for widespread profit-sharing as a way to put more money into workers’ pockets. This would presumably happen thru many mechanisms
providing tax incentives for businesses that share profits. Since the scholarly evidence suggests that profit-sharing raises productivity, such tax breaks will partly pay for themselves
Increased vocational training and apprenticeships for the non-college-bound are also major Clinton policies.The U.S. can increase its productivity and reduce inequality by ensuring that the right people get vocational training and apprenticeships
And then there is what may be the surest way to raise wages over the long run: providing pre-K education for all American children.
I think the time could be right for a more virtuous growth model,” he said, “which is driven by stronger wage growth…more consumption, more demand, creating more jobs – Alan Krueger, former chairman of the Council of Economic Advisers
People wearing ties seem to have a lot of authority on TV. But is their analysis of the economy and its fixes, ‘true’?
Minimum wage hikes are a social experiment that has no way back once it’s begun, it’s inelastic. If the Federal Government forces businesses to raise some people’s wages, but others become unemployed as a result, whether that really count as raising wages overall?
“The scholarly evidence indicates that profit-sharing raises productivity..” That’s a new twist on the abominable “studies show” argument by reference to vague authority. But even “scholarly evidence” has to make some sense. It does make sense that firms which study the question and choose profit-sharing plans can thereby raise productivity, either by giving their employees better incentives or by attracting different and more productive employees. They would not do it otherwise. A classic subject-free sentence about Federal Regulations to force profit-sharing that “puts money into workers’ pockets” on all firms. It does not follow that such a mandate will have the same effect. This is the classic, “rich guys drive BMWs, so if we force BMW to give cars away we’ll all get rich.”
If it’s about incentives, then there should be a widespread Federal initiative to promote peace-work, commissions rather than salaries, independent contractors rather than employees. We’re headed the other way.
Increased vocational training and apprenticeships for the non-college-bound is another subject-less sentence. Who is going to do this increasing and how? What is the market failure? Do we need to have triple digit numbers of Federal Job-training programs?
Providing pre-k education I presume it does not mean reducing regulations and union requirements so more pre-k schools can start up. That might actually be effective. But perhaps it is technically correct: a large Federal subsidy for pre-k education, funneled through the public school systems and teacher’s unions will raise someone’s wages. The “scholarly evidence” is not that it will be the kids.
“a more virtuous growth model,…which is driven by stronger wage growth…more consumption, more demand, creating more jobs” is a direct quote from someone on CNN wearing a bowtie. It may be “virtuous” to feel this way, but the classic criticism of left-wing economic policy is doing things that make you feel good but don’t work.
The End?