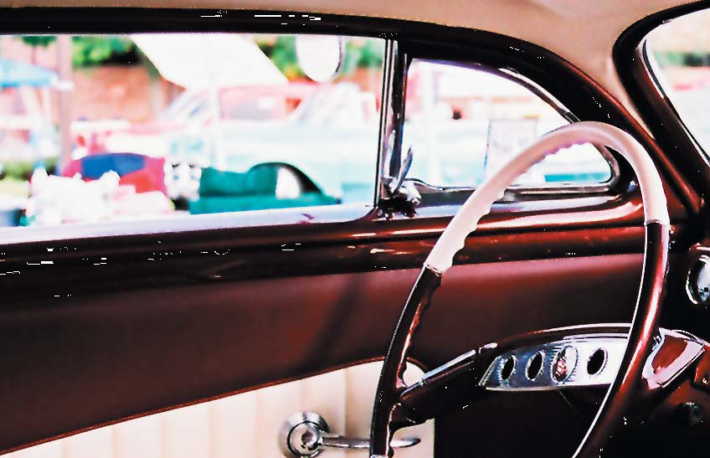 Feeling the road rage? Here’s a new game to alleviate the anger, check out the dang lings in the rear-view mirror of the car beside you. If it’s lame, then you win. Fun game huh? Read on.

Perhaps it’s a survival skill I’ve honed from sitting in LA traffic, but I’ve discovered that one can analyze people by what’s hanging from their rear-view mirror.

For regular 405ers, a car’s inside is where objects of comfort and familiarity surround us. So next time, while you’re waiting to get to your final destination, take a deep breath, forget the heart-wrenching reality that is your daily morning drive to work and take a look around.

Only cool when hung in vain. People who hang them in vintage cars, preferably convertible and painted metallic shades have every right to do it and it goes with their motif. If some kid hangs it in a Honda, they are just a bit out of touch. They most likely wear too much gel, and still quote from Swingers. You know the type, they can’t say “Vegas” without following it with “Baby.” Most likely, these people lack imagination. They want their car to smell good and wouldn’t mind a little decoration. So they snatch one up at the Pep Boys checkout line while buying WD40. These people wear khakis and don’t stray far from that. Their ideal vacation is in the Carribean, and many have computer jobs they can’t stand. But the people who pile on the cardboard pine trees until it becomes a messy stack swinging in the cabin are among the worst. Their message is, “Ha! Look how clever I am! I will not replace the old pine tree with the new! I will add on. Eventually, I will have a stack of thirty and people will think I’m CRAZY!” They like this idea, being unordinary. They think some of us may be stupid enough to believe they purchased them all at once, and are driving around in an olfactory coma. No, all this says is, “My car smells.”

If they appear fresh out of college or high school, it’s okay. The key is the year on the tassle. If it is more than two to three years past the graduation date, it’s a bit sad. These people were either once popular, once in marching band, or were first in their family to receive a degree and paid for it themselves, thank you very much.