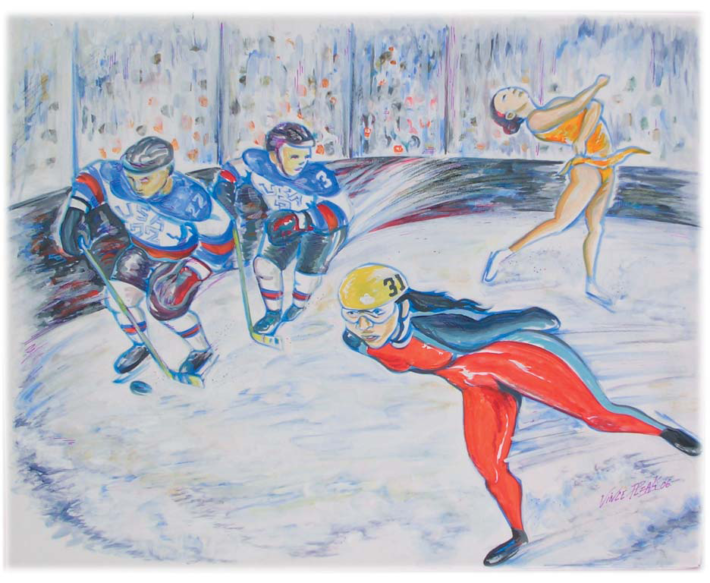 Winter is coming to Los Angeles; it will be on television of course, as it is every four years. The 2006 Winter Olympics begin February 11 in Torino, Italy and there are good reasons to watch. While the concept of winter is foreign to Southern California, the Olympics offer an opportunity to experience the pleasures of snow and ice, without the heavy coats and frostbite. There are even a few Olympians to keep an eye on, and believe it or not they come from LA.

Michelle Kwan, a Torrance native and Manhattan Beach resident, has captured the Olympics center stage yet again, but this time it is not because of what she has done in the rink. The U.S. hockey team looks promising and the Los Angeles Kings are sending two veteran players, Aaron Miller and

The seventeen-year-old Kim is taking the skating world by storm. Born in Seoul, Korea, Kim’s parents lived in Southern California for 12 years where they became documented U.S. citizens. The only sport Kim has ever known is speed skating and she has dedicated her entire childhood to her dream of competing in the Olympics. She has said, “when I was 14 years old, I knew I wanted to make it to the Olympic” telling herself “I have to do this…it’s my goal”. She began skating at age 11, training six days a week and now it is paying off tremendously. She has already clinched her spot on the team, and even set some records along the way. She currently holds the U.S. record speed for the 1000-meter and won all of her events at the 2004 national championships. For Kim, her young career is off to an impressive start and the best is yet to come. She will be competing in her first Olympic games

Controversy abounds for the 25 year-old figure skating legend. Michelle Kwan bypassed the national championships with a groin injury but was still granted a spot on the team, snubbing third place finisher Emily Hughes. To some, requesting a pass onto the team and robbing 16-year-old Hughes’ first opportunity to compete in the Olympics tarnished her once pristine reputation. Kwan, however, has been on the other end of a similar scenario. In 1994. Amidst the Nancy Kerrigan and Tonya Harding scandal, the 13-year-old Kwan was named the alternate in place of the injured Kerrigan, who was struck in the kneecap with a tire wrench.

For Los Angeles Kings’ defensive man Aaron Miller and forward Craig Conroy there is some hope of being noticed in Italy. While that is not the case for them with the Los Angeles Kings, the U.S. Olympic hockey team offers a chance to showcase American hockey in Torino, where people may actually watch. The hockey team has high hopes this February of taking home their fi rst gold medal since the 1980 Miracle on Ice. Miller was on the 2002 team in Salt Lake City, taking home a silver medal, but this will be Conroy’s first stint on the world stage. Neither player is a star in the National Hockey League. In fact, most of the NHL’s superstars 2on Czech and Canadian teams. Still, the U.S. team should compete with its neighbors to the north, who are going for their second gold in a row. The NHL’s bleak return from last year’s lockout has left fans disinterested, but Torino will be a golden opportunity to restore dignity to American hockey. Both Miller and Conroy are tested 13-year veterans in the NHL. Miller’s career has been riddled with injuries, including a big chunk of this season, but he has returned to the Kings and should be healthy in time for Torino. Conroy has had a strong start to the season, scoring 51 points (18 goals, 33 assists) in 52 games.