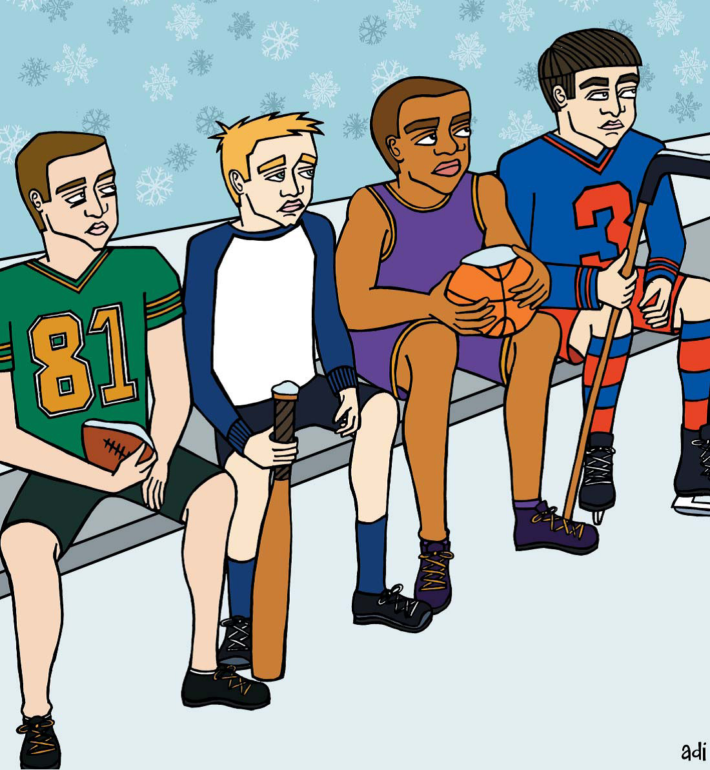 “The flowers of late winter and early spring occupy places in our hearts well out of proportion to their size,” wrote Gertrude S. Wister.

Right now, Los Angeles sports fans disagree with Wister’s quote. The flower in their hearts died last months. USC’s heart breaking defeat in the Rose Bowl left the city spirits at an all-time low, and it’s destined to stay that way for some time.

Check out the line-up for this month. It looks like a monster, but is merely a tease for LA.

Also LA doesn’t have a  team. Los Angeles is in the same boat as Portland. Although, the scandal surrounding a possible acquisition of the Saints interests LA city officials, it’s doubtful a team is coming to LA before 2008.

College Football? The wounds are still fresh. Let the nightmare of the Rose Bowl fade out. Wait until May to discuss the future of USC and UCLA football. By then, hopefully, the ghost of Vince Young would have vacated this town.

Plus, the level of play has been weak since high school athletes started leap-frogging their way to the NBA. It’s difficult to tell the difference between a high school game and the college level.

The National Basketball Association? Wayne  Gretzky once said, “100% of the shots you don’t take don’t go in.” Kobe Bryant agrees with Wayne’s theory. His ball hogging antics produce big numbers, but not enough wins to save the Lakers. Ironically, Gretzky’s goals were never enough to save the Kings.

By the way, the Clippers are back to their losing ways.

Major League Baseball? Pre-season is still light-years away. The steroid and trade drama will probably calm down for a while, and won’t pick up until pre-season.

Every analyst, in February, picks the Yankees to win the World Series. What makes this year any different?

College Baseball? Yikes. The Little League World Series receives more coverage. True, the level of play is decent, but there’s no excitement. Fans usually sleep in the bleachers as the season slowly plays out.

National Hockey League? Please. Angelinos didn’t even notice the absence of hockey last year. The Kings always suck and it’s impossible to root for a team named after a cheesy Disney movie.

The Olympic Winter Games? That’s a joke. People who truly love cross-country skiing and curling do not live in Los Angeles. Why would they? For the weather?

Some might be interested in the Michelle Kwan controversy –she really didn’t earn a spot on the U.S. team—but that’s small potatoes in comparison to the Nancy Kerrigan-Tonya Harding feud.

Besides, the Winter X-games dwarf the Olympics. The snowboarding coverage at the games stinks. In fact, the only memorable Olympic snowboarding moment came when a Canadian lost his gold medal because he tested positive for marijuana.

Professional Golf Association? The only important events are the majors, and they don’t start until April. February tournaments are always boring and useless. They just fill up valuable ESPN airtime.

Thank God February is the shortest month. An extra three days might push some sports addicts over the edge. No matter how bad times become, remember what Coach Paul “Bear” Bryant said, “Don’t give up at half-time. Concentrate on winning the second half.”

January and February are a lousy first quarter for LA. Don’t fret, though. The last three quarters can’t be any worse.