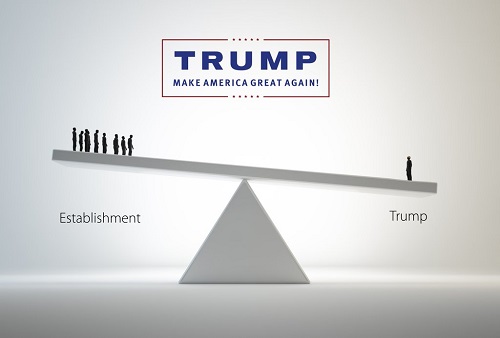 This is an interesting election. It is historic but it also is not. Rogue oligarchs show up from time to time. Strongman have been called up to rule over a land for hundreds, if not thousands, of years. And, the establishment has always fought back with all of its collective might and frequently they lose. So it was with the Gracchi brothers over 2000 years ago. Nothing is new.
George W Bush was the bad guy. He lied us into war. His shadow was a group of Neocons that float from political party to party, disloyal to all, pushing the buttons to make war and collect banana chips and grapes.
And now here we are again. Everything that was detested about Bush is now ‘the good ole days’. All the apparatus of a corrupted State have migrated to Hillary.
She is unquestioned and invisible. She is a hologram.
Republics are fragile, unstable operating systems. Ours has been broken. Obama was a brand. Now Hillary is. People don’t need or want to know her ingredients, they are not sophisticated voters, rather they are adherents and have brand loyalty.
Our country is over 20 trillion dollars in debt. We are fighting in 7 wars, our economy is in shambles despite forcing trillions in the economy by printing money with reckless abandon. There are no protests on the street. There is only memes on Facebook.
Oh well.