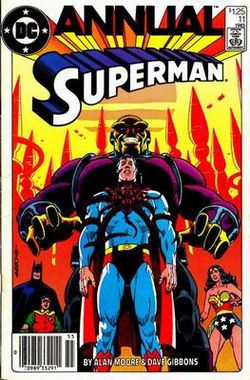 One of the artifacts of startup history will be the receipts for free lunches.
There are side notes to history. The information that is not included in a slide show or pitch deck but are the little bits that reveal the meanings in between the words.
Fab.com offered free lunches almost every day to well over a hundred employees. The menu was previewed every morning. At noontime the employees would line up and select their food and they would smile and chatter and feel good. The food was yummy and if they had a chicken sandwich yesterday, today they might try the tuna wrap and chips.
They are young adults, well dressed and mostly low skilled. Their transition out of school and into the workforce was overly nurturing.
Fab.com went out of business. It could have been a sustainable business but they suffered from the burdens of having too much venture capital money.
In the auction for its meager assets, empty lunchboxes found no bidders.
Was Fab.com making an investment in its people or disbursing an entitlement?
Google also supplies free meals. They offer a full, free cafeteria for breakfast, lunch and dinner. It’s a huge multiplier, food for over 50,000 employees a day.
Google is profitable. Fab.com wasn’t. Fab was never even close.
Fab thought free food was enhancing their culture. They thought it would help them attract and retain employees. There is a reckless abandon when you’re spending the money of somebody else. Imagine if they are buying free lunches for the bottom of the corporate hierarchy what extravagancies are they buying for themselves?
Enormous bull markets create undisciplined behavior.
CEO’s of startups are having a difficult time resisting the temptation to be adored. If they have not built a profitable company they oftentimes use Venture Capital to put on their own triumph.
CEO’s in startups and their venture capitalists have become decoupled from the investors in their funds. Prestige can be earned, but it can also be manufactured, it can be illusory.
There is no reasonable way to draw a line between free lunches at a startup and improved shareholder return.
The image I used for this post is from Superman Annual number 11. My brother was a comic book collector and kept all of his collection in cardboard and zip lock bags. 40 years later and I have never forgotten it’s story. It was written by Alan Moore.
Superman is in the Fortress of Solitude. He is being attacked by the Black Mercy. It is alien life form that immobilizes its opponents by keeping them content inside their most pleasant fantasy.
You can either take off the black mercy and face the heartbreak of reality, or you can have it pulled off of you. Or, you can keep it on you forever.
Superman eventually took it off. It was a sad moment as he had to say goodby to the parents on Krypton he never knew and to the life he had wished he had.