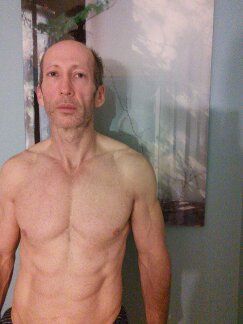 Mixed Martial Arts, called MMA, is a new sport and I am its newer fan.
There are brands within the sport and more precisely I am a fan of the Ultimate Fighting Championship (UFC)
(example: boxing is the sport and within that are the various brands and their championship belts. Like WBC, IBC and hundreds of smaller lesser known titles that never make it onto television and most of their events happen in small clubs and gyms)
MMA is all the good and bad. The athletes, referees, doctors, the tournaments, the different rules and regulations. Ultimate Fighting Championship is the elite of everything. It’s all the good. It’s sans bad.
I started with watching Ultimate Fighting (UFC) and when I exhausted almost all of their archives I looked at the other brands. They are qualitatively different.
UFC has by far the best athletes, this makes a big difference because I am not interested in watching moderately trained people hurt each other, I want to see disciplined athletes executing. I want to see them doing what ordinary people can’t do.
The quality of the referees and medical professionals makes an enormous impact. I do not want to see one punch too many. I do not want to see someone sustain horrible injuries and knocked well past unconsciousness.
UFC has moved past the MMA legacy of spectacle, steroids and Tito Ortiz.
UFC is Jon Jones, Rhonda Rousey, Daniel Cormier, Conor McGregor. These are amazing athletes first, strategists second and then showman/women. For UFC quality comes first, then the marketing. I have found from my samples of the other brands that for them the marketing comes first, their product is not athletic quality, its loud noise, bright lights and third tier fighters to play a role.
What drew me to the UFC was its top athletes. I started with their recent fights and then when I wanted to learn more a worked my way all the way backwards in their careers to their starts.
People and personalities make a sport. Muhammad Ali made me a boxing fan when I was a kid. He came to my school many times. He shook my hand. I rooted for him at every fight. I met Arthur Ashe in a store, we talked, I became a tennis fan. Sports need stars. Stars create the back story and the human drama.
MMA has a bad reputation. Some part of that is deserved. Lower quality shows have a different consumer.I am a UFC ‘only’ fan. This is my demographic for your files:
Male. 49 years old. Primary residence in Manhattan. Homes elsewhere. College. Former broker than banker on Wall Street. Always a salesperson. Physically fit. Very involved in politics and philanthropy. Married. One son.
I like MMA. I love UFC.